Biggest Christmas trees in the world 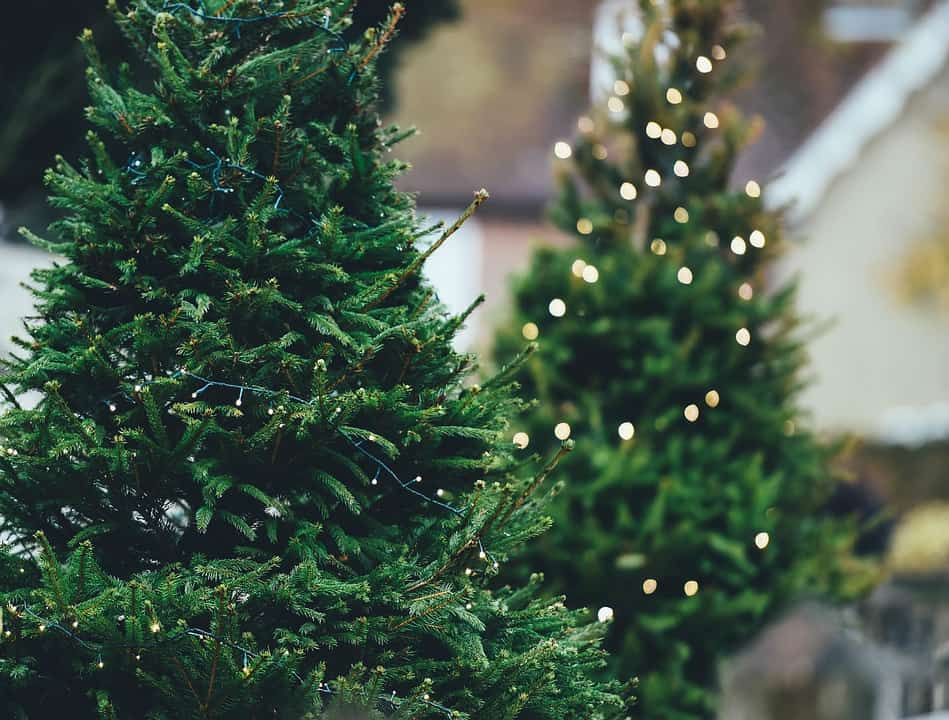 The Christmas tree, majestic and beautifully ornamented, has become an emblematic symbol of Christmas Spirit all over the world. There are many legends about the origins of the tradition regarding Christmas tree decorations. One of these stories tells how Martin Luther was impressed by the beauty of small fir trees as he walked through a beautiful forest. Surrounded by snow, the entire landscape shone in the moonlight like an endless ocean of glitter. Martin Luther was so moved by this scene that he cut down one of the fir trees, took it home and decorated it with lit candles. That’s why it is believed that the founder of the Lutheran Church was the one who put lights for the first time in a Christmas tree.

The tradition has been preserved over centuries, and now Christmas trees have become real landmarks during the winter holidays for many cities around the world, establishing records for the big Christmas trees.

The Christmas tree from Seattle, USA

The little known resort Coeur d’Alene can take pride in having one of the biggest Christmas trees in the world and the biggest living Christmas tree in the US. The tree continues to grow, having already reached 49 m in height and it’s so big that the start on top alone is 3 m tall.

The Christmas tree from Ferndale, California

The tree from Ferndale, California

This California town is also known as the “Victorian village” due to its architecture that reminds of Victorian England and is often the location used for films that are set up in the nineteenth century. Starting with 1934, there is the tradition that the spruce over 45 m tall is decorated by the local fire department. This Christmas tree has become a real landmark for the little town of Ferndale.

The Christmas tree from Dortmund, Germany

Although it has a height of over 45 m and is certainly one of the biggest Christmas trees in the world, the one in Dortmund is the main attraction of the Christmas market. However, it is not a single tree but it consists of more than 1,700 spruces that are placed one on top of the other.

The Christmas tree from Vatican City

Usually, the Christmas tree from Saint Peter’s Square in Vatican City is truly imposing and it can easily compete with some of the biggest Christmas trees in the world. On average this Christmas tree is 30 m tall, but the size varies each year.

For the 2017 Christmas season, a giant 25-meter-tall fir tree from the Romincka forest in north-eastern Poland was transported to the Vatican at the end of November and decorated with thousands of ornaments and strings of beads. Each year, the Christmas tree from Vatican comes from different regions of Italy or other European countries. This custom was introduced more than 30 years ago by Pope John Paul II, born in Poland.

For more than 25 years, the Zoo in Toledo is the place where the biggest Christmas party is organized in the city. The zoo has a beautiful Norwegian spruce that is decorated with thousands of lights every year. Having a height of 25 m it’s slightly higher than the Rockefeller Center Christmas tree.

The Christmas tree from Rockefeller Center

In 2017, the silver fir, which was brought from Pennsylvania State and is 23 m tall, was lit in a ceremony attended by important figures in the music world at the end of November. The Christmas tree will remain lit every night until January 7, but at Christmas it will remain lit for 24 hours. After celebrations, it will be donated to the Habitat for Humanity NGO to build wood houses for disadvantaged people. 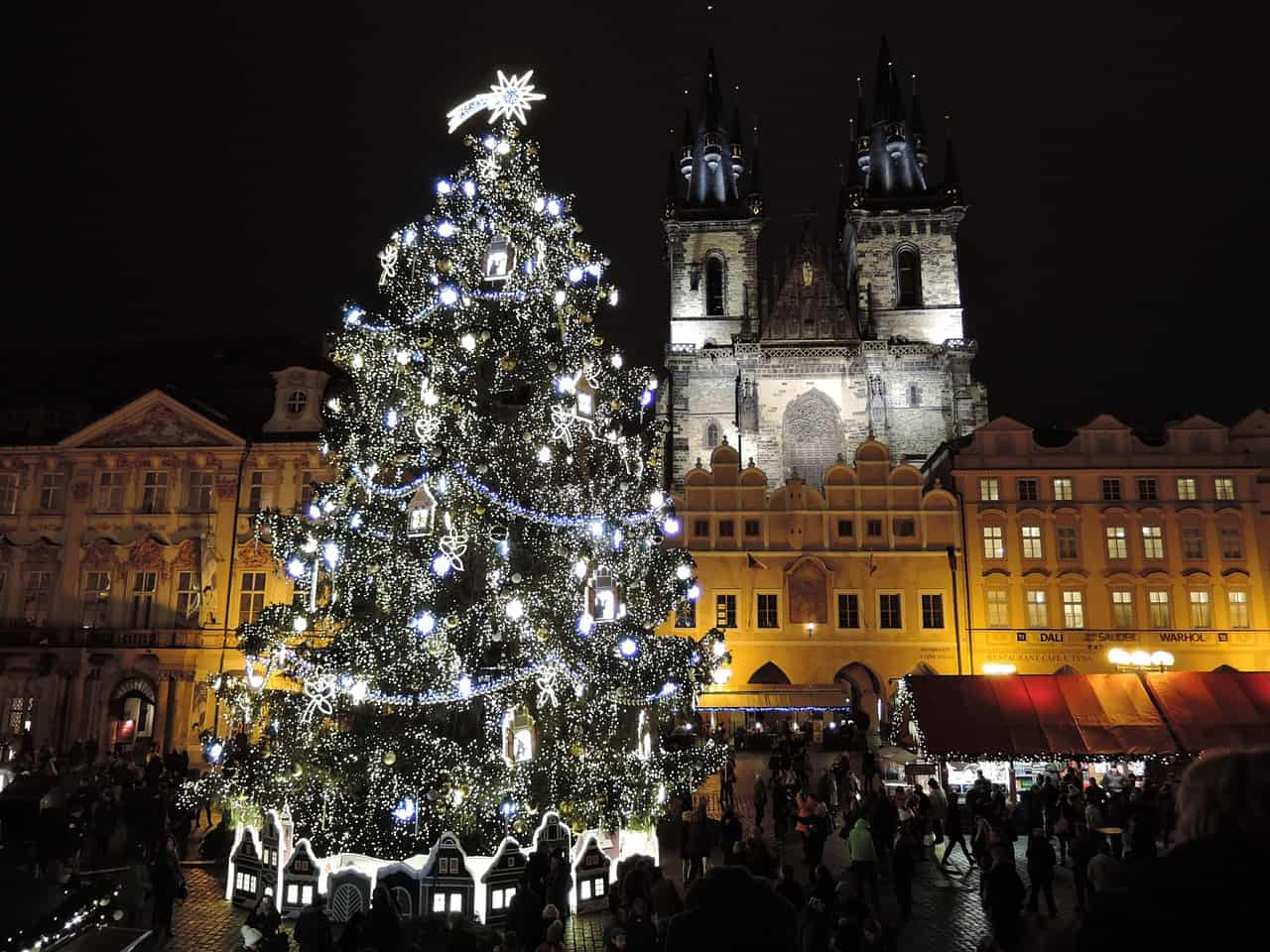 The Christmas tree from Prague

The Christmas tree from Prague

Prague is one of the European cities worth visiting around Christmas, not only because of the Christmas markets and medieval buildings, but also because one of the biggest Christmas trees in the world is here. With a height of about 21 m, the Christmas tree in Prague is decorated with plenty of amazing ornaments and fits perfectly into the city skyline.

The Christmas tree from Trafalgar Square

The Christmas tree from Trafalgar Square, London, is donated every year starting from 1947 by the Norwegian city of Oslo and is usually a 50-60 years old spruce that is about 20 m tall.

The Christmas tree from Zurich, Switzerland

This Christmas tree is the pride of many Swiss during the Christmas season and it’s about 15 m tall. It is usually installed in the Zurich Hauptbahnoff railway station and decorated with more than 7,000 ornaments made of Swarowski crystals. 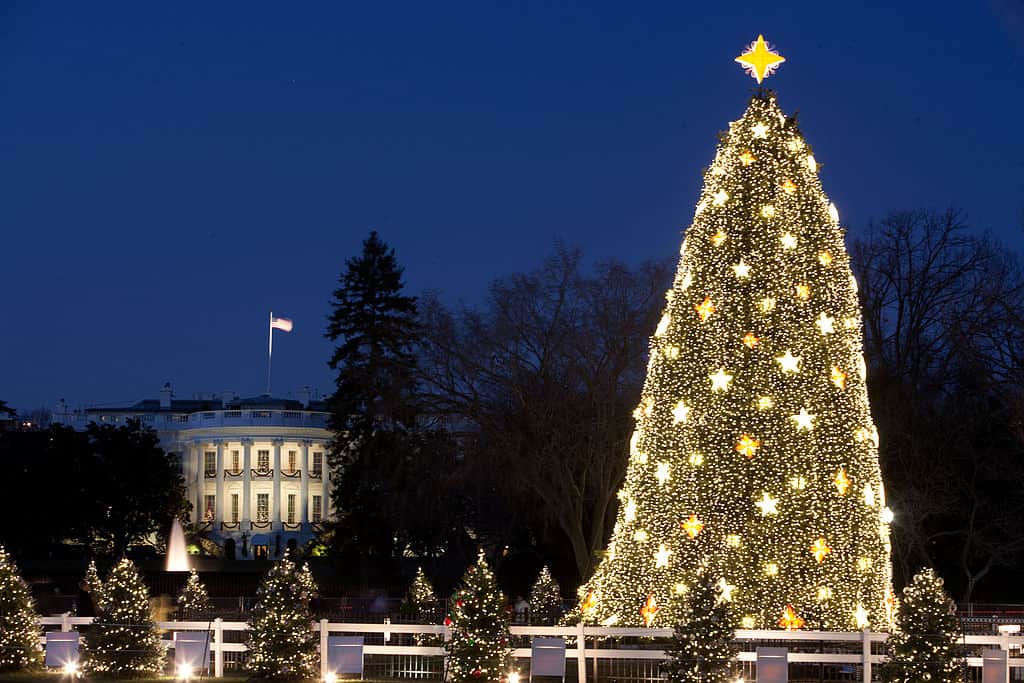 Compared with other impressive trees on the list, the Christmas tree set up at the White House is more modes, being 9-12 m tall. The Christmas tree is brought every year from Alaska and is surrounded by 50 other smaller Christmas trees that symbolize all 50 American states, the five territories and the District of Colombia.

Although all the Christmas trees on this list are natural trees, it’s important to mention that artificially constructed Christmas trees are also very popular all around the world and are a reason for various countries to compete for the title of the biggest Christmas tree in the world.

For example, in 2016 many Sri Lankan volunteers make great efforts to install one of the biggest Christmas trees in the world for the holiday season. The steel structure, covered by lights and fir cones, aimed to promote religious harmony throughout the country where most of the inhabitants are Buddhist. The huge structure, built in the capital of Colombo, included nearly a million fir cones, hundreds of meters of decorative ribbons and, of course, Santa Claus on a sled. 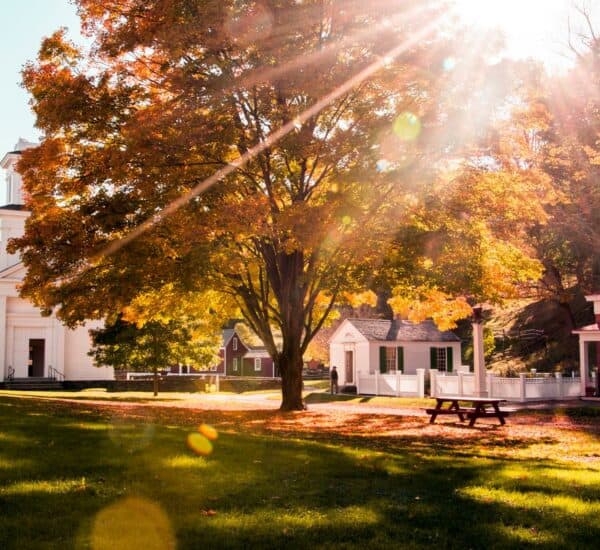 These are the 25 Best Farming Museums 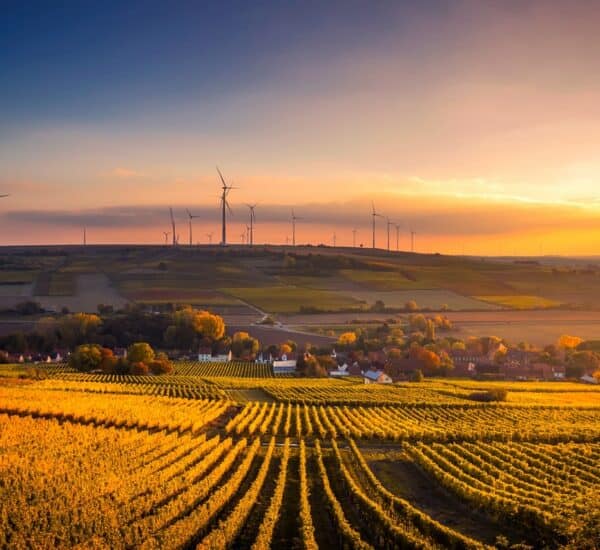 How to Start a Farm with No Money 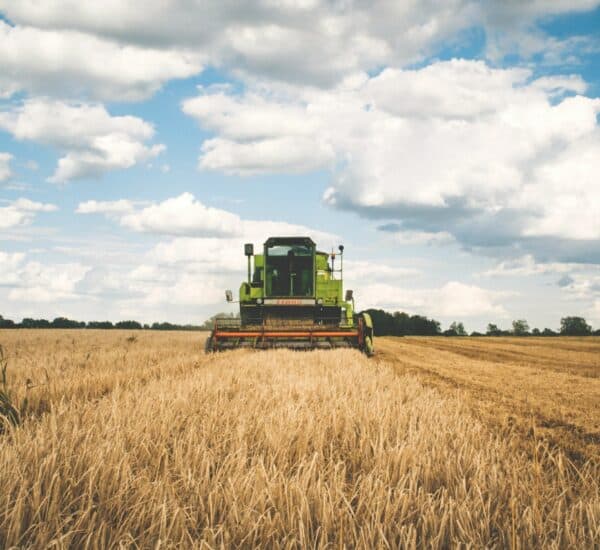 These are the 15 Best Magazines for Farmers