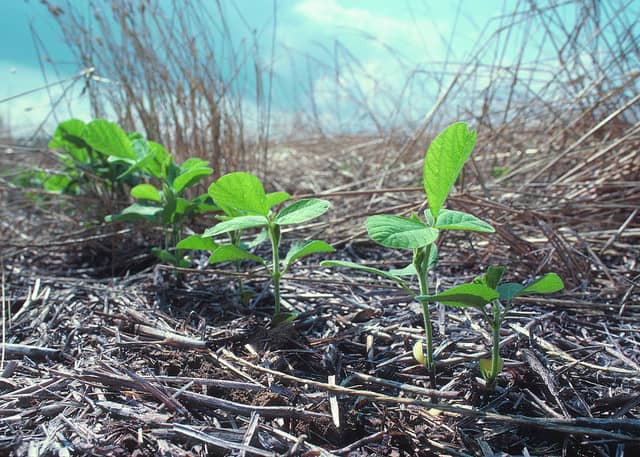 Farmers around the world are constantly looking for new solutions to improve production and find better and more effective methods for the conservation of natural resources. If some farmers are using hydroponic warehouses to save less water and chemical substances, others are using no-till farming in order to make the best use of the soil’s natural condition and using chemicals to eliminate weeds.

The “no-till” technology, increasingly present in the USA, but also in South America and Europe, is used because it’s credited with protecting the soil from erosion caused by plowing.  The main feature of this technology is that there is no plowing; the soil is tampered with machines with disks or teeth, or a combination of discs and teeth. At the ground, when the works are successive year after year at the same working depth, a compact layer at the depth of plowing of 30-35 cm is created. This layer is called hardpan.

How was the no-till technology developed

The idea of modern no-till farming started in the 1940s, one of the most prolific promoters of this technology being Edward H. Faulkner, but the idea was widely embraced by farmers all across the USA only after the Second World War, when the development of chemicals for agriculture allowed them to try it out. No-till farming is now used on a large scale in the USA, mainly because of the decrease in costs related to tillage and because the crop residue increases water infiltration into the soil, preventing the rapid evaporation of rainfall.

Worldwide, the no-till technology is practiced on an area of more than 100 million hectares, mostly in Latin America, USA and Australia, and only in small proportions in other parts of the world.  In Europe, France is one of the countries where concepts such as no-till, green crops and organic farming are harmoniously combined to achieve great results and profitable yields.

The components of the no-till technology

In order to successfully use the no-till technology, it’s important to understand that tillage, usually performed by machines, will be made by other “allies” of farmers, micro and macro – organisms in the soil, that work tirelessly 365 days/year. As simple as it may seem, the implementation can be rather complicated for an inexperienced person.

The main components of the no-till technology are the following:

It comes as no surprise that in Brazil for example, a country that popularized the no-till technology, 75% of farmers who applied this technology are using green crops.

In no-till farming, where plowing is reduced and often eliminated, eliminating weeds may seem an impossible task. To achieve this, organic farming and permaculture practitioners need a very good understanding of the functioning of green crops and rotations, which are the main mechanisms of preventing weeds.

Production in the first year of no-till will not undergo a significant change, and the farmers will be pleased with their investment. Major changes will be observed starting with the third year when the farmers will probably question the efficiency of no-till and be tempted to abandon it. From the fourth year on, it’s possible to see signs of improvement in production yields. Why this time? Because during this time the soil restores its structure, it creates new layers and makes up the top layer that is rich in nutrients.

A negative aspect would be the massive use of chemicals used to fight weeds, but this can be improved using “cover crops” between the main crops. 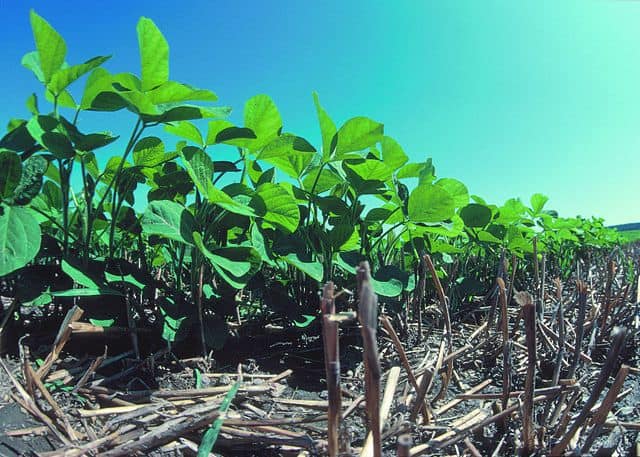 After Edward H. Faulkner published his “Plowman’s Folly” book in 1943, criticizing intensive plowing in farming, researchers pay little to no attention to his conclusions, especially those blaming plowing as a major cause of soil erosion. One of the main problems with Faulkner’s book was that he didn’t offer any workable alternatives for reducing or eliminating plowing.

During the 1950s, alternative tillage tools, such as the chisel plow, the disk plow or the stubble mulcher became more common. At the same time, researchers and farmers started to note the advantages of using chemicals in the seedbed preparation combined with reduced tillage.

In the 1970s it became harder for farmers to afford the equipment and time necessary to do primary tillage on large fields. There wasn’t enough workforce, farm prices were dropping, but the energy and land prices were constantly increasing. No-till farming allowed farmers to use marginal, steeper lands, requiring less fuel, energy, equipment and time. At the same time, it became more and more important to conserve water and soil. No-till farming was cheaper to implement than other conservation practices, such as terracing. Improved herbicides, better drills and planters were widely available, which favored the implementation of no-till farming on larger scale.

One of the main advantages is the reduced cost for labor, equipment and fuel. This leads to a higher labor productivity, because it saves time and money in the processes needed to prepare the soil for seeding.

By leaving more crops residue on the soil’s surface during the periods in which no crops are growing, it’s possible to reduce the erosion that might occur. The same residue allows water from rainfalls and snow melts to infiltrate the soil better, instead of evaporating at the surface, carrying away important nutrients and the topsoil layer.

Whenever any equipment drives over the surface, the soil becomes compacted. Farming equipment is heavy and presses down the water and air present in soil pockets. These soil pockets allow the free movement of water, soil organisms and crop roots. Usually, some of the heaviest farming equipment are grain carts and combines. Thus, the no-till technology reduces the amount of equipment used; hence soil compaction is significantly reduced.

The main disadvantage of the no-till technology is the farmers have no mechanical control over weeds, by not using tillage. Therefore, most farmers are using an increasing number of chemicals in order to eliminate weeds. This is why no-till is widely spread in the USA, opposite to Europe. In Europe, a large part of the chemicals used in no-till farming are banned.  In addition, genetically modified cultures that are more resilient to the chemicals used to eliminate weeds are used in no-till farming, which brings further other controversies, especially for farmers who don’t want to grow such crops.

Another risk of no-till farming is that diseases may be carried out by crops residues, since they are not completely incorporated into the soil after the harvest. Infected crops residues may serve as a host for disease that can damage the following crops. The most common solution is to rotate crops that are not susceptible to the same diseases, but this can cause difficulties for farmers who want to grow monocultures.

While no-till farming reduces the amount of erosion that might occur in the field, and gullies that form into the soil, even if less soil is displaced, will become deeper and deeper, with each year that passes by. During regular plowing, these gullies are smoothed out, allowing the drainage of excess water. Water is better infiltrated into the soil in no-till farming, but excess water might still become a problem that needs to be solved using waterways, permanent drainways or sod drainways.

Lastly, no-till farming takes time. As said before, it takes at least 3 or 4 years to see the results of no-till faming, because the soil needs to regain its structure before farmers are able to obtain big gains in yield. Therefore, it’s necessary to consider that investments made in no-till farming will probably not be returned in short periods of time. In the case of farmers switching from tillage to no-till farming, additional investments in equipment will most likely be necessary, because this technology requires special seeding equipment, able to penetrate crop residues and soil in order to plant the seeds.