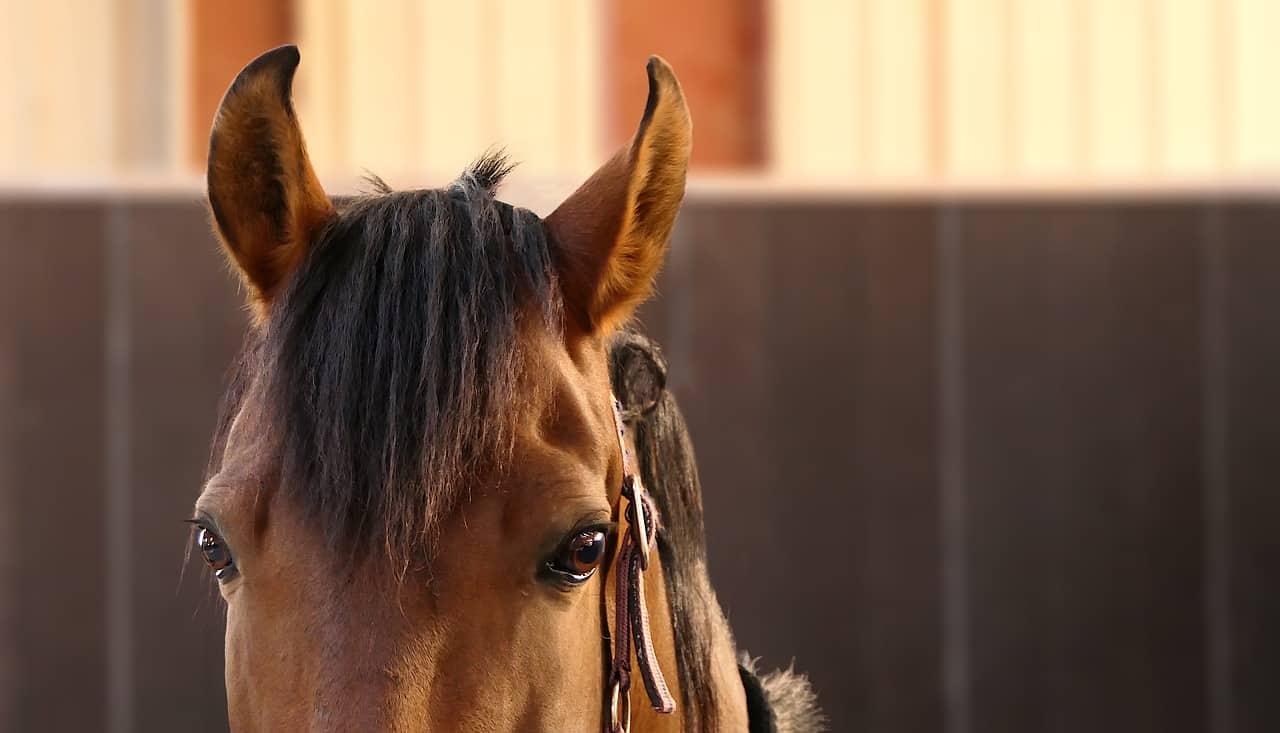 The first horses were domesticated approximately 8.000 – 7.000 years ago and had an important role throughout history in the development of civilization. Horses were used in battles, in agriculture, forestry and other types of activities. Horses were grown for recreational purposes just since the 18th century.

Although there are more than 350 horse breeds in the world, some of them have become very rare in time, due to different factors. Some horse breeds are highly appreciated for their beauty, the respective horses being grown especially for exhibitions and competitions, but they are not necessarily rare. Truly rare horse breeds have become endangered because some of the specimens were simply difficult to breed or they didn’t present characteristic suitable for a specific purpose.

The Canadian horse is a threatened horse breed known for its versatility. It originates from a French stock of horses exported by Louis XIV to Canada. The breed was almost extinguished during the US Civil War, when many Canadian horses were exported and killed during combat.

The Canadian horse is quick, strong and resistant to harsh environment conditions. Currently, there are approximately 6,000 registered Canadian horses worldwide. The horse breed is commonly used in dressage to exhibit the horse’s grace where a special black or brown dressage saddle and riding boots are required.

It’s considered to be one of the most beautiful and rarest horse breeds in the world, but in fact, Akhal-Teke horses are threatened, but not as rare as other horse breeds. The horse breed originated in Turkmenistan and presents some interesting characteristics, such as a slender frame and a unique hair structure, which makes their coat have a metallic shine. Its beauty shouldn’t be deceiving.

The Akhal – Teke is older than the Arabian horse breed and it was developed to suit the lifestyle of nomadic tribes who used to travel for long distances.

An English breed of draft horses, the Suffolk Punch is known for having only a chestnut shade. The Suffolk Punch was developed early in the 16th century and it has remained very similar in characteristics to its founding stock.  It was a popular horse breed for farm work due to its heavy and strong frame and mild temperament.

Unfortunately, once farm work was mechanized, the Suffolk Punch was simply not a breed that horse breeders were interested in. Starting with the 1960s, the interest for this breed was rekindled, but it still remains a critical horse breed, with only approximately 300 horses left in the UK and 600 in the US.

Shire horses get their name from rural British counties that were called shires. Shires are one of the largest breeds of draft horses and several specimens have held world records for the tallest horse and for the largest horse. These horses are known for their strength, having a great capacity for weight – pulling, but also for riding.

Similar to the Suffolk Punch, the decline of the breed began once farm work was heavily mechanized. The global population of Shire horses is estimated somewhere around 1,500 – 2,000.

These sturdy and muscular ponies originated in Newfoundland from a mix of English, Scottish and Irish pony breeds brought by settlers over a period of centuries. The Newfoundland Pony was used as a draft horse and for various other purposes.

Unfortunately, mechanization and slaughter almost extinguished the entire pony population at the middle of the 20th century.  In 1997, it was declared a heritage breed of Newfoundland and Labrador, being protected under law, but the world population is estimated to consist of only 200 – 250 ponies.

Valued for its speed, style and hardiness, the Hackney horse was used at harness races during the 19th century. However, once the requirements and standards of horse racing changed over time, the demand for Hackney horses decreased and the breed’s population was further decimated during the first and second World Wars.

Originally, the breed was developed in Norfolk, UK, in the 14th century when powerful yet attractive horses were in demand for general purpose riding and for carriages. Hackneys come in horse and pony height ranges and it’s one of the few breeds that recognize both sizes.

Several horse breeds have been developed from a common Spanish stock. These are the Florida Cracker, the Carolina Marsh Tacky, the Choctaw, the Belsky, the Banker, the Pryor, the Santa Cruz, the Wilbur – Cruces, the Sulphur and the New Mexico. All these horse breeds have now populations of less than 500 worldwide.

This is considered to be England’s oldest horse breed. The Cleveland Bay is very athletic and has a sensible temperament, which makes it suitable for various purposes. The breed had a serious decline during the World War II, but thanks to the avid support of Queen Elizabeth, the preservation of the breed is very important in the UK.

The Cleveland Bay is popular for hunting, show jumping, farm work and driving. Cleveland Bays were used in the creation and improvement of other horse breeds, such as the Oldenburg, the Hanoverian, the Holstein or the Vladimir Heavy Draft. There are approximately 500-600 Cleveland Bay horses worldwide.

This horse breed is considered one of Iran’s national treasures. Images of Caspian horses were found in art works dating back to 3,000 B.C., but at some point they were believed to be extinct. In 1965, Narcy Firouz and Louise Laylin Firouz went on an expedition to find horses and ponies for their riding school, when they discovered some Caspian horses that were still alive.

Caspians are not that tall, but they have a similar temperament and hardiness to Arabian horses. Some specimens were exported to the UK, where now the largest population of Caspians exists outside of the Iran.

The American Cream is the only American breed of draft horses and it has certain features that make it stand out – the pink skin, the amber eyes and the cream-colored coat from where the breed got its name.  The breed was first developed right at the beginning of the 20th century which is partially the reason why it declined fast.

Cars and farm machinery began to be mass-produced, so another draft horse breed was not exactly high in demand at that time. The global population is less than 2,000 and there are less than 200 new registrations each year in the US.

As preservation efforts and an increasing interest in critical horse breeds continues to arise, the future of the rarest horse breeds in the world may not be so grim after all. In addition, modern horse breeding management and technologies can increase the rate of conception and successful foaling for obtaining healthy specimens.