Romania has become the Largest Producer of Honey in Europe 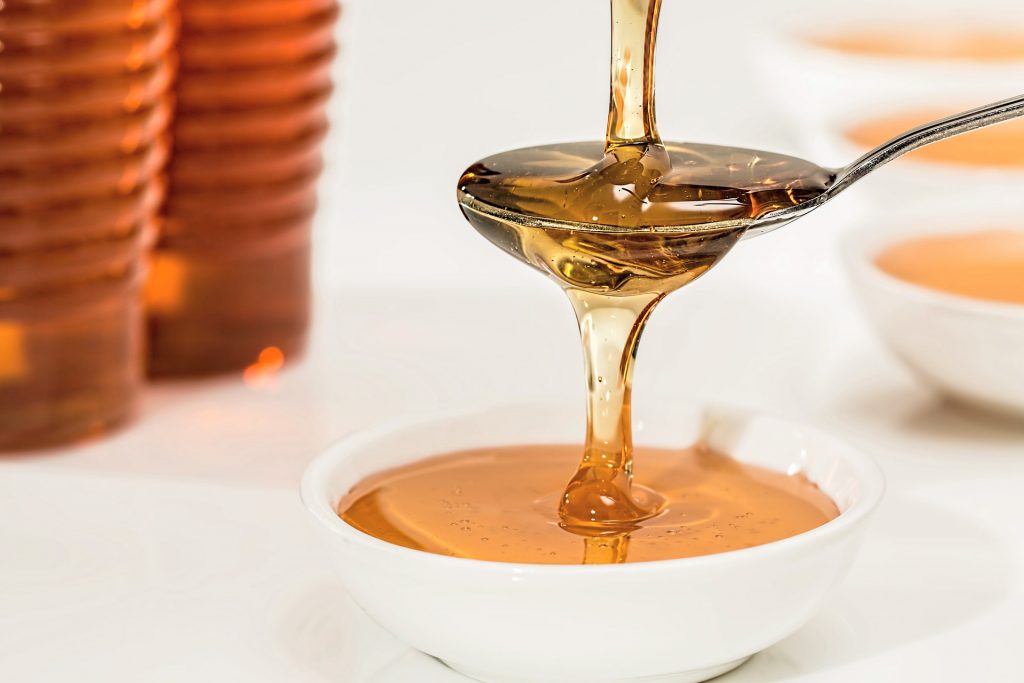 The global market for bee products has been marked in recent decades by numerous and intense trade between producing and consuming countries. The intensity of the dynamic shifts was determined mainly by the importance of such products, recognized not only as food but as medicine. Changes in food consumption patterns were also recognized, especially in developed countries.

Honey, due to its therapeutic qualities, is consumed worldwide, along with other bee products. The recorded average consumption is different from one country to another, or from one area to another. Some countries, such as China and Argentina are large producers of honey, but their internal consumption is reduced and consequently, they export a large part of the production obtained. Significant consumption is registered in the United States, but also in European Union countries. The average honey consumption in Romania is below the European level, but the country is a recognized as an exporter, topping recently the EU honey market, for the honey production in 2015. Worldwide, honey production registered an upward trend, the natural consequence of the increasing number of hives. 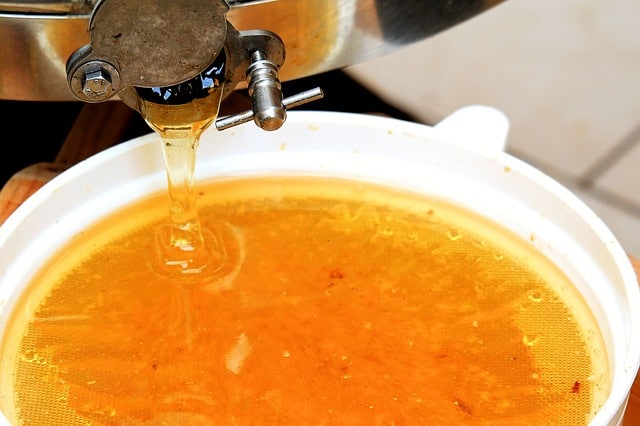 Beekeeping has experienced in recent years an unprecedented development. Romania is known around the world through the quality of honey products, but also due to its professional beekeepers.

Worldwide, the country is also recognized as an important honey producer, holding the fifth place with the largest honey production in the world, because of the production of almost 27,000 tons of honey in 2013.

On the European Union market, honey is characterized by the existence of two products well differentiated, namely: honey for food and honey for industrial purposes. Honey is used for mass consumption, but other uses are related to the sweetening of food products, beverages and pastries. Most of the honey is used for mass consumption, mainly 85% of all honey marketed in the UE. “Industrial” honey is used in the food industry as a sweetener, for flavoring or to ensure freshness, as well as in the pharmaceutical and cosmetics industry. It is also used in the tobacco industry. The market for the industrial honey is estimated at 15% of all the honey consumed in the EU, the percentage varying from one Member State to another.

Even after the appearance of substitutes at a low price, industrial honey being competed strongly by products such as invert sugar syrup, liquid sugar (based on corn), it continues to be used in some food products because it tastes great and for the added value that it provides, by labeling honey as an ingredient.

Let’s not forget that beekeeping and honey production is currently having a worldwide ascending trend, as the success of the beekeeping sector at agricultural shows is the best proof for the increasing interest in honey products. 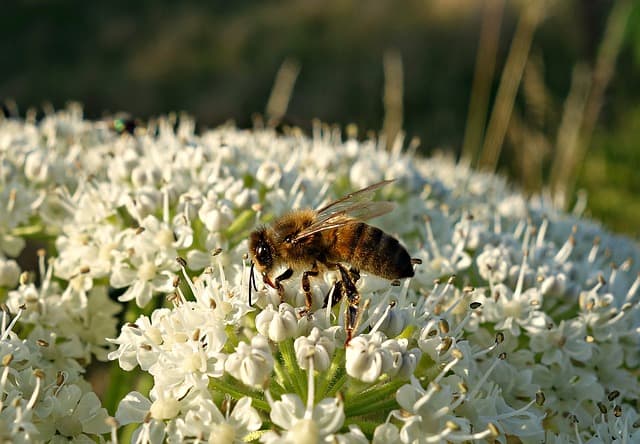 Life and productivity of bee families depends heavily on the presence and continuity of nectar and pollen resources for the duration of the beekeeping season. Local and regional honey resources, namely their size and quality, are the basic factor that is taken into account to optimize the dimensioning of the apiary. Whatever technological progress there is, bees could not exist in the absence of plant pollen.

Nectar and pollen from millions of flowers existing on Romania’s surface are a very valuable natural resource that would unnecessarily go to waste if it weren’t for honeybees, since there is no other method so far of their collection and processing.

In Romania, there are more than 1,000 known plant species producing pollen, of which about 200 are important for beekeeping. From the Black Sea coast, up to the highest peaks of the country, almost everywhere it’s possible to find interesting plants that bees are keen to exploit in search of pollen.

Wildflower meadows, acacia and lime forests that can be found on large surfaces, as well as other important plants for the beekeeping sector can still be found in rural areas of the country. For once, Romania having a mainly rural population constitutes an advantage for those interested investing in beekeeping. On top of that, the country has an impressive biodiversity, which creates the perfect location for pollination and for beekeeping in general.

Asides from very favorable geographical conditions, several EU subsidies co–finance national beekeeping programmes, up to a 50% rate. EU funds are allocated according to the number of beehives in the country. Romania has the third largest amount of beehives in the EU, after Spain and France.

For the 2017- 2019 period, Romania has been allocated a little over 10% of the available 65 million EUR in apiculture funds, the third largest amount in the EU, according to the number of beehives.

More than half of the honey produced in Romania is exported, mainly to Germany, Spain, and Nordic countries. Exports are high because although Romania has become the largest producer in Europe, internal consumption is low. One of the lowest in the European countries, to be more precise. 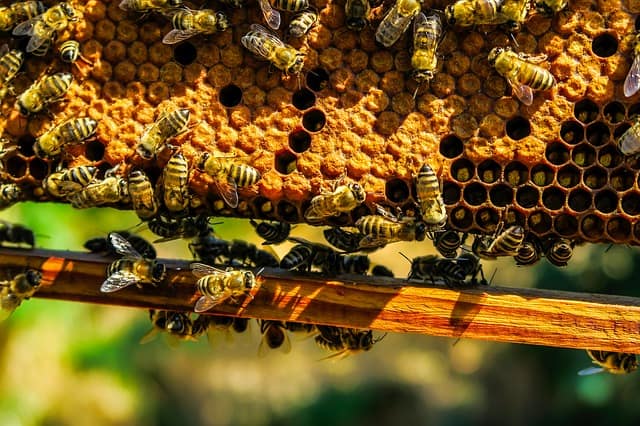 The figures for 2016 are not out yet, but the perspective of holding the title as the largest honey producer in the EU seems gloomy for Romania.

For one thing, there is the strong competition of China and Ukraine, who are offering cheaper imports for foreign markets, which can highly affect the demand for Romanian honey on the market.

On the other hand, 2016 was not a great year for bees, considering the weather conditions. Heavy and frequent rains have led to the deterioration of food sources for bees and also favored the spreading of diseases. Many beekeepers had to face the loss of large bee colonies, which will certainly affect the overall honey production in Romania for the year of 2016.

Nevertheless, if Romania follows the trends of the last decades, it will remain one of the main producers of honey in Europe, as well as one of the most important honey producers worldwide. 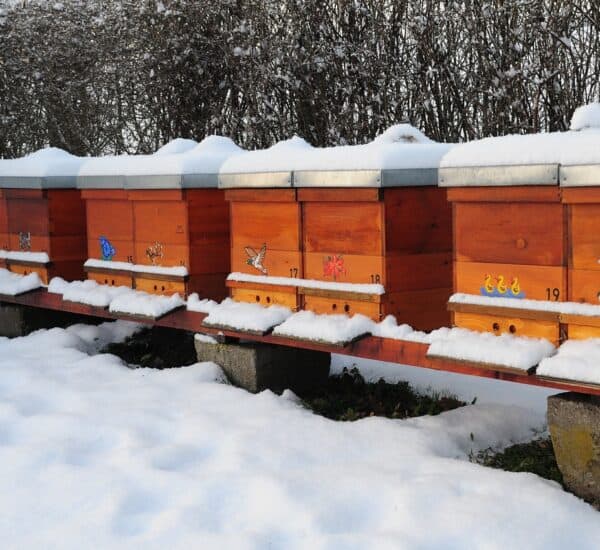 What is the real price of Valentine’s Day flowers?