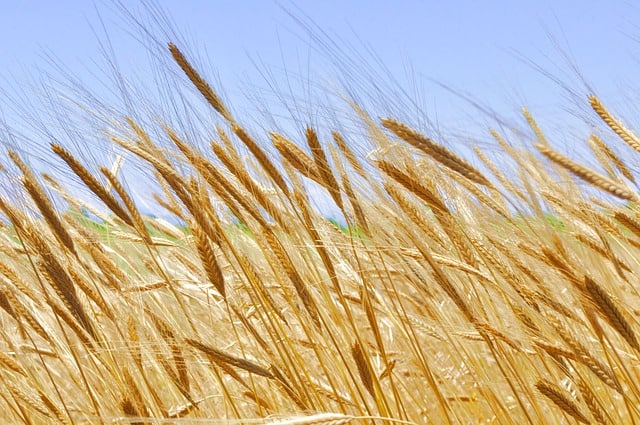 Historically speaking, the progress in agricultural development can be broadly split into four periods. From the first period when it first appeared on earth, to the “invention” of a stable agriculture about 10,000 years B.C., human beings hunted and gathered their food. A combination of climate change and a massive hunting followed the end of the Ice Age era, creating conditions for a stable agriculture.

The Middle East population began to pick a wild plant, a precursor of today’s barley, wheat and rye. They began to grow the plant on their own, this collecting and planting of seeds marking the end of the first period in the development of agriculture.

So, the natural question that needs to be asked is what is the oldest cereal in the world? Archeological evidence found so far suggests that there are several candidates for this spot, but what’s certain is, that more than one “primal grains” were cultivated by the first farmers thousands of years ago.

Considering the evidence we have so far, the oldest cereal in the world is considered to be einkorn (Triticum monococcum). Although, it’s important to note that there are also other ancient grains, that were cultivated thousands of years ago, including rice, amaranth or millet. 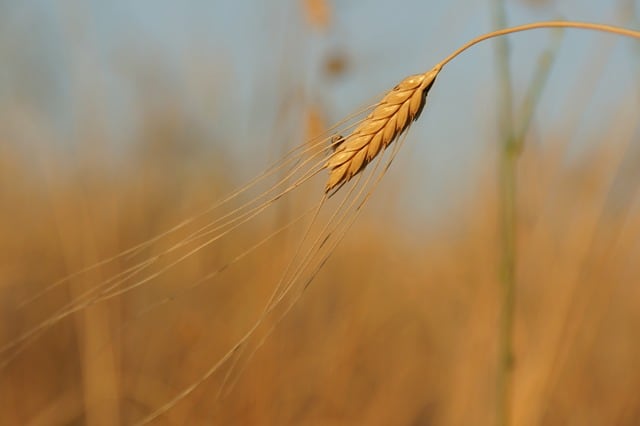 Although it seems like there are many types of cereals this day and age, in fact there are only 9 different ones. These are teff, rice, oat, barley, sorghum, maize (corn), rye, millet and wheat. Buckwheat, amaranth or quinoa are not considered ancient cereals, but pseudo cereals. Wheat and rye are the oldest cereals, that people have used for more than 10,000 years to make bread and other baked gods. Today, we know so much about the evolution of wheat, but there are still several different theories about it.

Einkorn is the cereal that has the AA genome, which means it’s the oldest wheat variety, from where it all started. Einkorn was crossed with wild emmer, another wild grass that has the BB genome and later it was crossed with the cultivated emmer. This is how grains such as khorasan wheat and durum wheat resulted, which have the AABB genome composition.

Further crossing with other wild grasses that had the DD genome and with cultivated emmer resulted in spelt wheat and modern wheat types, as we know them to this day. Spelt wheat and soft wheat have the AABBDD genome sequence. Soft wheat is currently used in about 80% of the bread and pastries production of the world. 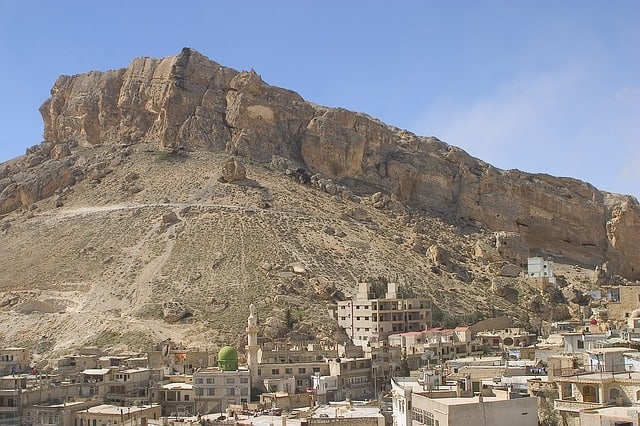 The origin of the oldest cereal

The wild ancestor of einkorn wheat is one of the first crops that were domesticated, approximately 9,000 years B.C. Genetically, it has been identified in southeastern Turkey. Manfred Heun of the Archeological University of Norway, along with colleagues from Norway, Germany and Italy has examined the DNA of 68 lines of cultivated einkorn, 194 line of wild einkorn and 9 lines of a weedy einkorn found in the Balkan region.

Einkorn derives from wild grasses and originated in a fertile area between the Tigris and Euphrates rivers (today’s Iraq and Syria). The name “Einkorn” comes from German and it means “one grain”. It was first cultivated in the Fertile Crescent, from where it spread to the Central and Northern Europe. Einkorn belongs to the hulled cereals category, which means that its grains are enclosed and protected by a solid husk. The husk has the role of protecting the grain from environmental influences, which explains why the crop has a longer life.

The stalks are longer than the ones of usual soft wheat, growing up to 1,60 meters in length (wheat stalks grow between 60 – 100 centimeters). This grain has basic nutritional needs, which is why it was able to spread so easily, in different climates. Einkorn crops can even grow on dry or poor soil.

These characteristics had their advantages and disadvantages. Due to the fact that it was able to grow even in harsh conditions and it was resistant to environmental factors, einkorn was the most popular cereal used for making bread for thousands of years. On the other hand, the milling process of einkorn was more complex, because the grains needed to be separated from the husk before they could be milled.

Einkorn has a higher nutritional value than wheat, comprising significant levels of protein, fat, phosphorus, potassium, beta-carotene and pyroxidine, while the gluten content is much lower. It also has a unique taste, which adds a specific, nutty flavor to the bread or other baked goods made with einkorn. Einkorn bread also has a dark, golden – yellow color. 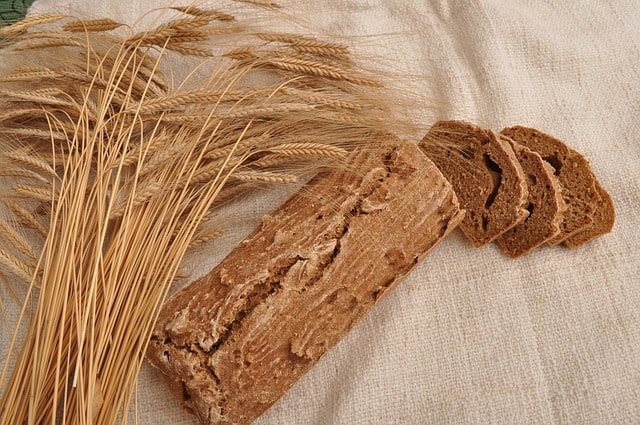 Einkorn’s revival in the modern age

Einkorn was essential for humanity for several thousands of years, but now it’s commercially grown only in a few places in the world. The grain was somewhat “forgotten” for a long period of time, but now it has sparked the interest of farmers again and is grown more intensely. It gives much less crop than wheat but supports better temperature changes and is highly resistant against diseases.

Today, there’s a strong trend in healthy nutrition, while people are always searching for the next “super foods” and einkorn is receiving more and more attention. There is a tendency to return to the origins, to consume grains that have not been genetically modified, to the detriment of hybrids created specifically to ensure high production. Einkorn lends itself perfectly to this equation as a high resistance crop that can adapt to different climate conditions, which allows its cultivation in different regions of the world.

There is also the interest of small farmers to provide organic niche products, with high nutritional values that can be grown without using pesticides or fertilizers that contain chemicals. It’s a reinvention of traditional agriculture, so to say.

Einkorn still has a long way to become a mainstream crop because of its hard hull, that need to be removed before it can be milled, but it’s still grown in Austria, Germany, southern France, Italy and in some eastern European countries, especially in fertile areas. Over the last years, drought – tolerant einkorn has been brought back to production in the USA, especially in the Washington state.

However, the einkorn production is currently so small, that none of the worldwide organizations, such as the Food and Agriculture Organization of the United Nations keeps any statistics on it. However, this ancient super-grain is becoming more and more interesting for developed countries. The largest einkorn farm so far had around 3,000 of acres in the Italian countryside in 2015 and it belongs to a company specialized in producing and commercializing einkorn flour and einkorn baked goods.

This grain can replace wheat for making bread products or pastries, adding its unique taste and flavor. Due to its low gluten content, it can be tolerated by people who suffer from gluten intolerance, which makes it a good candidate for gluten – free products used in special diets.