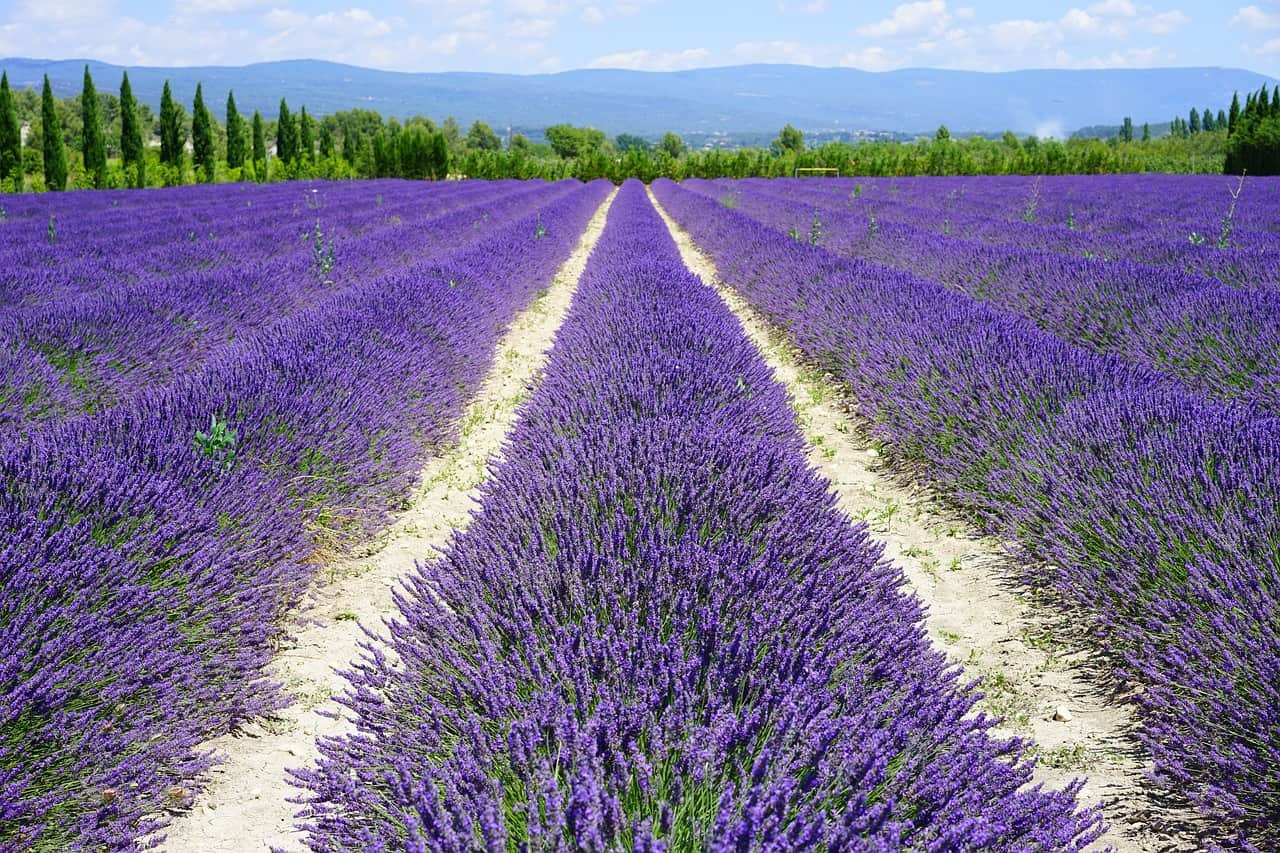 The already wonderful places in Provence, in the south-east of France, have a special color in June and July, due to the huge lavender plantations, and the whole region becomes a large violet plain.

Lavender is inseparably linked to Provence, just like cotton is linked to the Cotton Belt in the USA. It’s the soul of the region, where the lavender fields range from the Alps to Haute Provence and up to Vaucluse, that is, practically throughout the entire Provence area.

Lavender was brought to Provence by the Romans, 2,000 years ago and the spontaneous growth of the plant in the region on large areas was due to favorable climatic conditions. In the Middle Ages lavender began to be used by locals, and at the end of the 19th century it was cultivated on the hills of Provence. It was the beginning of a real industry, making Provence the world’s most famous region in regards to lavender plantations.

Nowadays it can be said, without mistake, that lavender is a French scent. The intense lavender cultivation brought only benefits to the region, being a real natural resource. In the 1900s, locals began to build their first distilleries, so today the Provence region produces over 170 tons of lavender essential oil each year.

Provence is covered by lavanderaies (lavender field) and there are also Lavender Routes that connect two thousand cultivators in Drôme, the Vaucluse plateau and the Provence Alps. The most beautiful fields are near Sault, where on August 15 is the Lavender Festival, near Mont Ventoux or the Valensole plateau, from where famous cosmetics and perfume brands buy their lavender used for production. 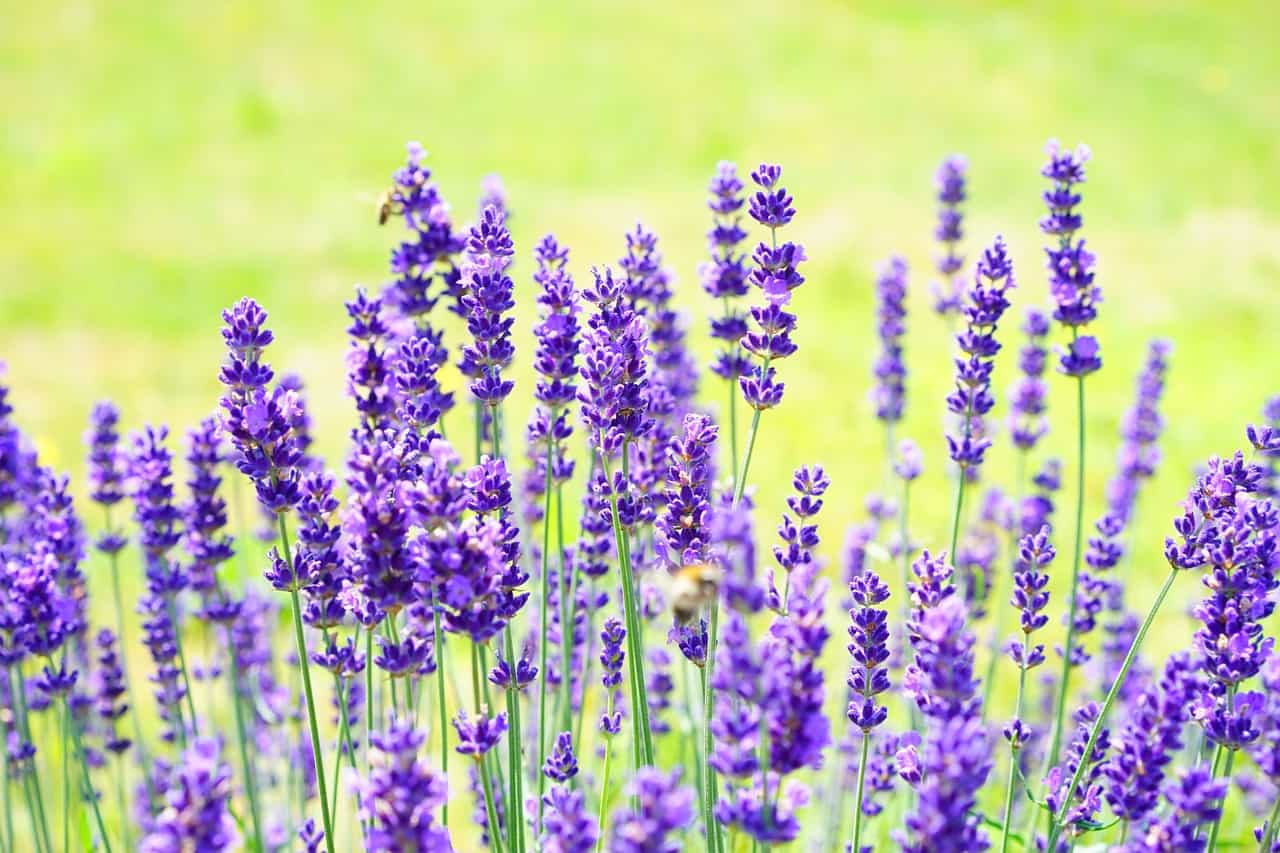 Lavender culture in the Provence region

Lavender is harvested only by following precise climatic rules. The harvesting is done depending on the hygrometry, or the air humidity, to be more precise. If there is a long drought period, this can advance the lavender harvesting period with a few days, while heavy rain falls can delay it.  The flowering period for lavender starts in mid-June and lasts until the end of August. This period can vary depending on the varieties of lavender cultivated in the field, climate, latitude and altitude. In addition, the local weather is also a determining factor.

Lavender grows at altitudes situated between 600 m and 1,400 m. The flowers are completely open in July, but since the middle of June the fields are already covered in different shades of violet and the scent of lavender is present in the air. Then, by August, the flowers have a more blue hue, but most lavender doesn’t remain in the fields until then. Lavender is usually cut during its peak season, in July, when it’s most suitable to be processes and used for various perfumes, cosmetics or medicines.

1 liter of lavender essence is obtained from more than 100 kilograms of lavender. An entire hectare cultivated with lavender is necessary to obtain 15 kilograms of essential oil. Lavender is still harvested by many growers manually, to prevent any damages made to the precious flower by mechanical harvesting methods. 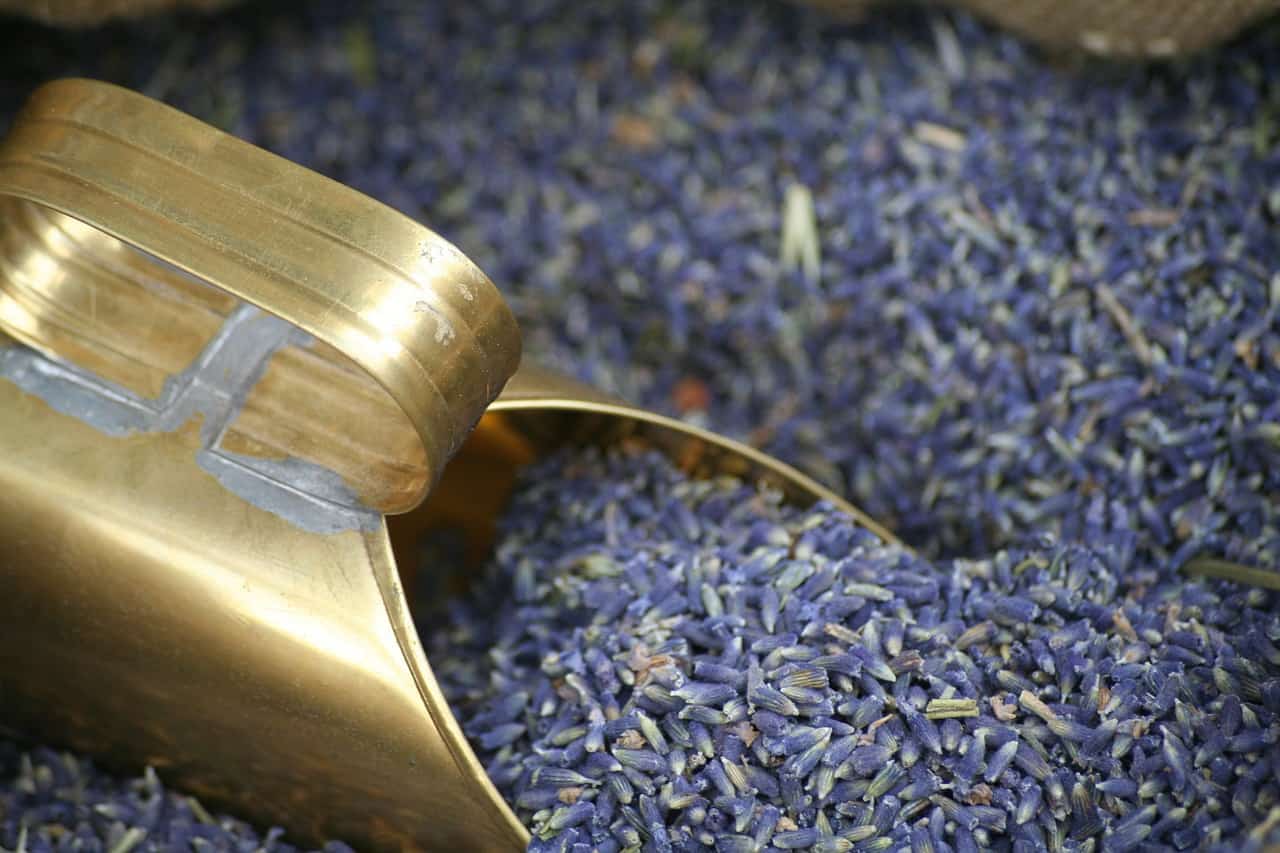 There is also another species of lavender cultivated in Provence (and in other regions as well), called lavandin. Lavandin is a hybrid obtained from two different species of lavender, Lavandula Angustifolia (recognized by the high quality essential oil obtained from it) and Lavandula Latifolia (known for the beauty of its flower, which makes it most suitable for flower bouquets and floral decorations).

The lavandin-produced oil has a strong scent, and because of the higher percentage of camphor in its composition, it seems a little more chemically, synthetically, as opposed to the smell of lavender oil that is more floral. Some prefer the smell of lavandin, others like lavender more; it’s probably a matter of taste. The price of lavandin oil is lower than the one of lavender oil, not necessarily because of its quality – it’s not worse, it’s just different – but rather because of the much higher oil yield per hectare. About 150-200 liters of oil per hectare can be obtained from lavandin cultures. From the best lavender varieties and good climatic conditions, no more than 100 liters per hectare are obtained.

The history of lavender, “the Blue Gold” of Provence

The lavender cultivation in the Provence region is not something new, because the plant was already known since ancient Roman times and it was used as medicine during the Middle Ages. However, the demand for lavender began to arise when Grasse became practically the world’s capital of perfumes, thanks to famous perfumers like Galimard, Molinard and Fragonard who made the French and the entire world to fall in love with their perfumes.

Initially, most perfumes were made from ingredients that were found locally because exotic plants and spices were not available on large scale or at all. Thus, lavender was one of the local ingredients that made its way into perfumes and so the demand for this scented plant started to increase more and more. At one point, lavender was so expensive because it was hard to find, that it was called “the Blue Gold”.

Due to the industrial revolution in the 19th century and the mechanization of agricultural processes, lavender became a family business for most inhabitants of the Provence region. This tradition is kept to this day as the biggest lavender fields are found outside of the many villages and towns scattered around Provence and they are still cultivated by locals. Lavender plantations are prosperous family businesses that are helping locals not only to make money from selling dried lavender and lavender oil, but also because tourists love to visit the region to admire the lavender fields in flower and to pick their own lavender, much so like the famous tulips fields in the Netherlands.

There are currently 6 lavender routes following the geographical areas of the lavender production: 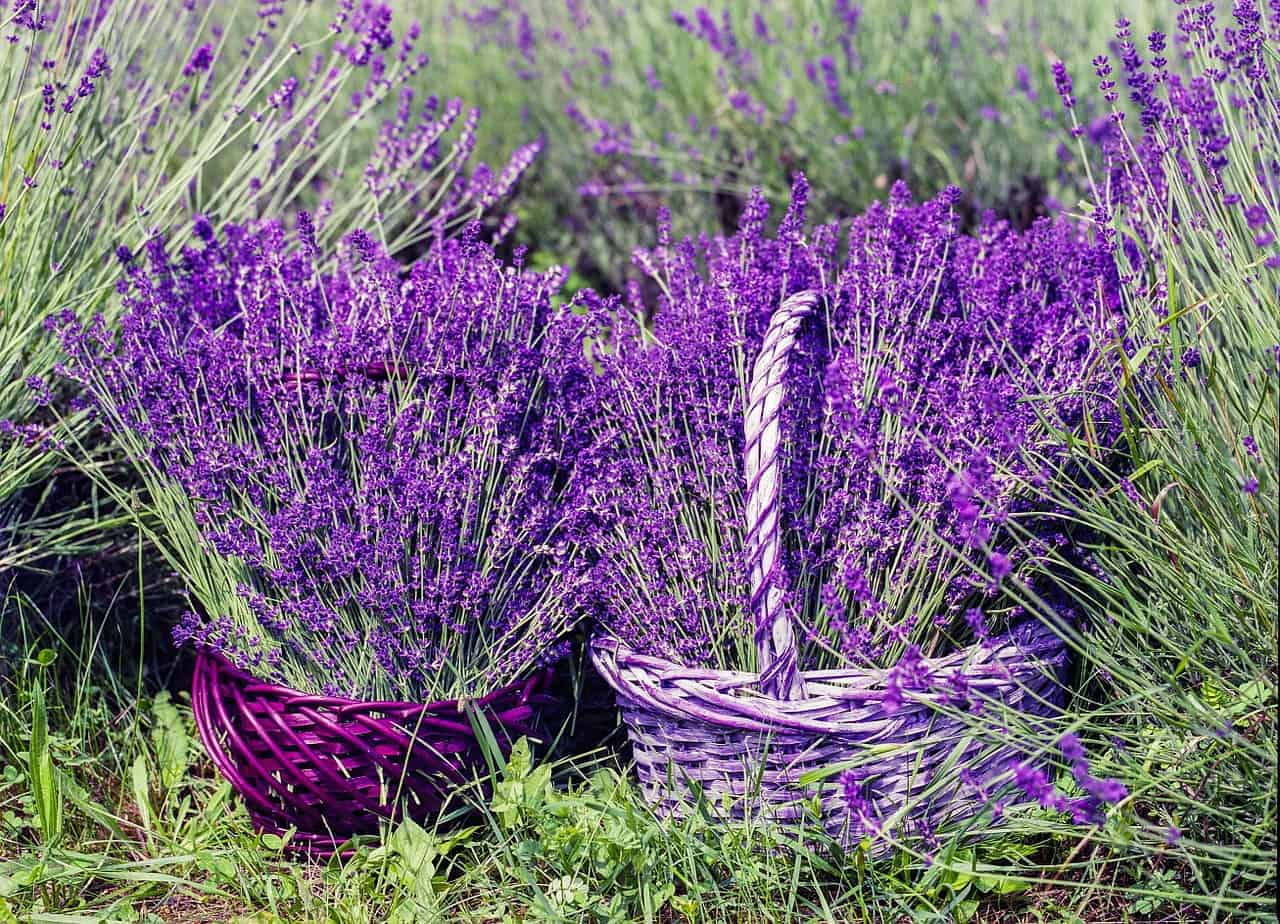 Types of lavender cultivated in Provence

Mainly three different types of lavender are cultivated in the Provence. The lavandin is the most cultivated, because it has a higher oil yield per hectare. The lavandin doesn’t grow naturally but it’s very resistant to heat and draught.  Lavandin is also categorized in various supsecies such as Abrial, Grosso, Super etc.

Large lavender also known as Aspic grows in the wild at altitudes between 600 m and 800 m. It has a very strong-smelling essence and it’s used mostly for the production of paints and varnishes.

Finally, fine lavender is appreciated for its aromatic qualities and for its refined essence.

If the lavender fields are the stars of the show when it comes to Provence, the region is known for its cereals (corn, wheat, sorghum, barley, oats), viticulture, cattle, sheep and goats. More than half of the agricultural products are exported; most of them to urban centers in France, but also in Germany, the Netherlands and Great Britain, while a good portion of the agricultural products are sold in local markets.

As 2014 statistics show, most lavender and lavandin cultivated in France comes from the Provence region, accounting for more than 10,000 hectares of cultivated land.