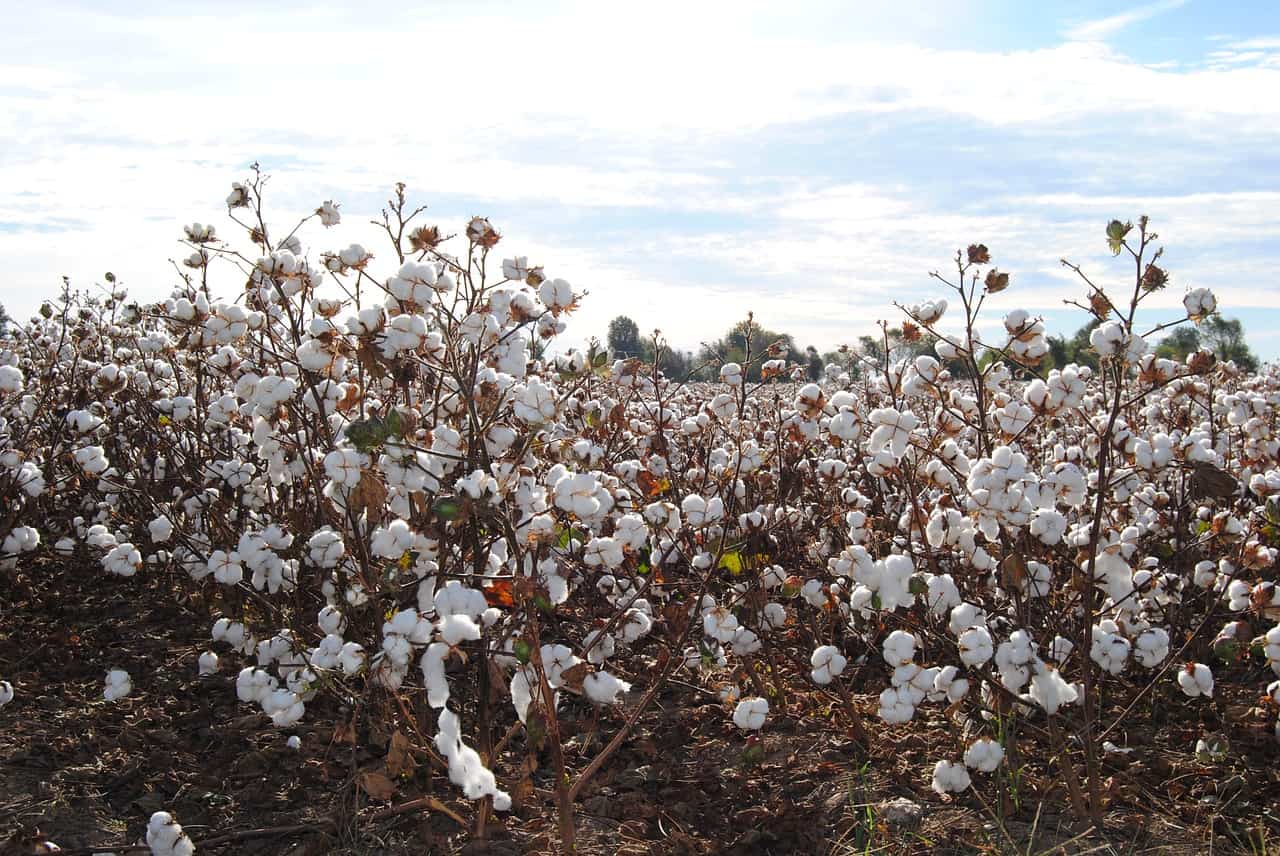 Certain agricultural areas are so well known throughout the world that they will forever be synonymous with the cultures that have made them famous, even when these crops are in decline or when the land is used for other crops. Among these famous agricultural areas is the Cotton Belt, in the US, which, as the name calls it, was a region famous for its cotton crops.

Cotton cultures in the South region of USA

Cotton is a technical plant, grown in warm areas, in the form of shrubs. It’s a soft, natural fiber that grows around plant seeds, the color is white or yellow depending on the natural pigments, the gloss is matte, and the fibers are short and have the ability to absorb the fluids from the environment.

Cotton fiber consists of 20 to 30 layers of cellulose – cellulose is the polymer based on cotton fiber – which gives cotton the absorption and durability properties. The harvesting of the capsules is done at maturity. When separated and opened, cotton fibers provide fine, light fabrics that allow the skin to breathe, being considered among the healthiest fabrics, because of its absorption property. Cotton is widely used in the pharmaceutical industry for the production of dressings or in different technical processes.

In the US, cotton is grown mainly in the Southern part, a region known as the Cotton Belt. Cotton was widely grown in the US for centuries and it used to cover at one point 60% of its farmland. Today, the Cotton Belt covers only about 18% of the total farmland, being replaced with crops such as soy beans, corn and tobacco, or the land is used for other activities like mining and industrial activities. Even if the Cotton Belt area is smaller than it used to be, in still provides enough cotton to make the US one of the biggest cotton producing countries, accounting for 12% of the global cotton production.

The history of the old Cotton Belt

During the 18th centuries, plantation owners from the South Eastern part of the US started to grow cotton.  Large plantations or farms were usually owned by families and they used to focus on one cash crop. Thousands of slaves were brought from Africa to work on cotton plantations; the temperatures were hot and the work was hard, so instead of working themselves in the fields or hiring helpers, plantation owners wanted to have cheap labor hands and increase their profit.

After slavery was abolished in the 19th century in the Southern part of the US, as a result of the civil war, former slaves were recognized as citizens of the country. Since the plantation owners didn’t have any more slaves at their disposal, they started to grow cotton on a sharecropping system. Under this system, plantation owners would divide their lands into smaller plots that they would rent to the free slaves – which were poor and had no land, thus no means of earning money. They would work the plots and give half of the crop to the landlords as payment.

This system collapsed after a while due to several factors, such as the introduction of mechanized farming, the decreasing number of skilled workers willing to work the land because they started to have other options and the soil exhaustion caused by the cotton monoculture. 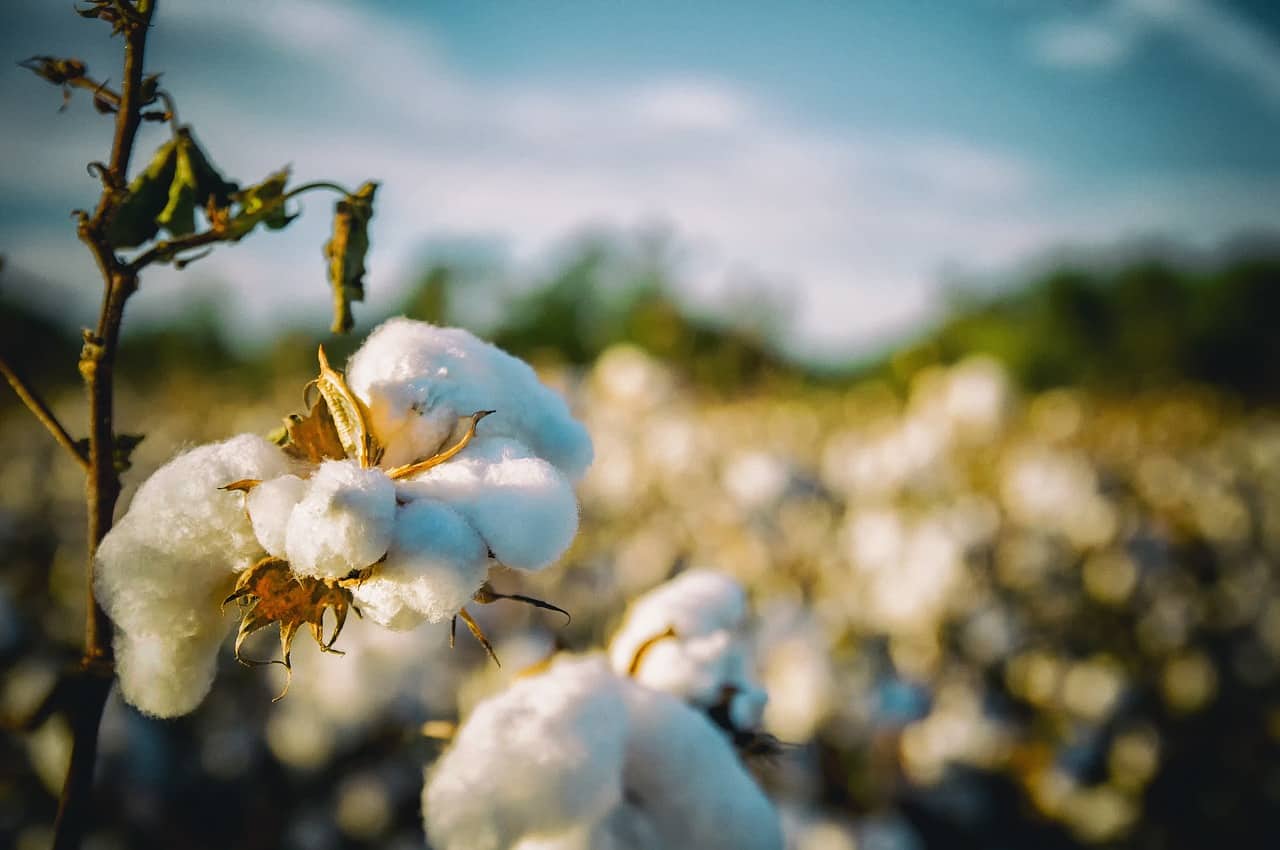 As mentioned above, plantation owners and farmers started to grow cotton in the Southern region and they would focus only on cotton as main cash crop because at the time, cotton growth was favored by several important factors:

Development of the new Cotton Belt

The Cotton Belt area shifted from areas in the South Eastern of the US to westward and north westward areas from Texas, Arizona, California and New Mexico. The decline of the old Cotton Belt was caused by soil exhaustion, labor hands shortage, destruction of crops because of natural phenomena such as floods and hurricanes, pests and diseases, soil erosion, unexpected rains during the harvesting season and the introduction of new crops. Mostly climates changes and soil exhaustion caused the necessity to find alternative areas for cotton growth.

The new Cotton Belt provided farmers with certain advantages for cotton growth, such as deep, well drained fertile soils, absence of certain pests due to the climate conditions, bright and sunny weather – perfect for cotton growing, absence of hurricanes, presence of rivers like Colorado and Sacramento for irrigation, availability of skilled labor hands. 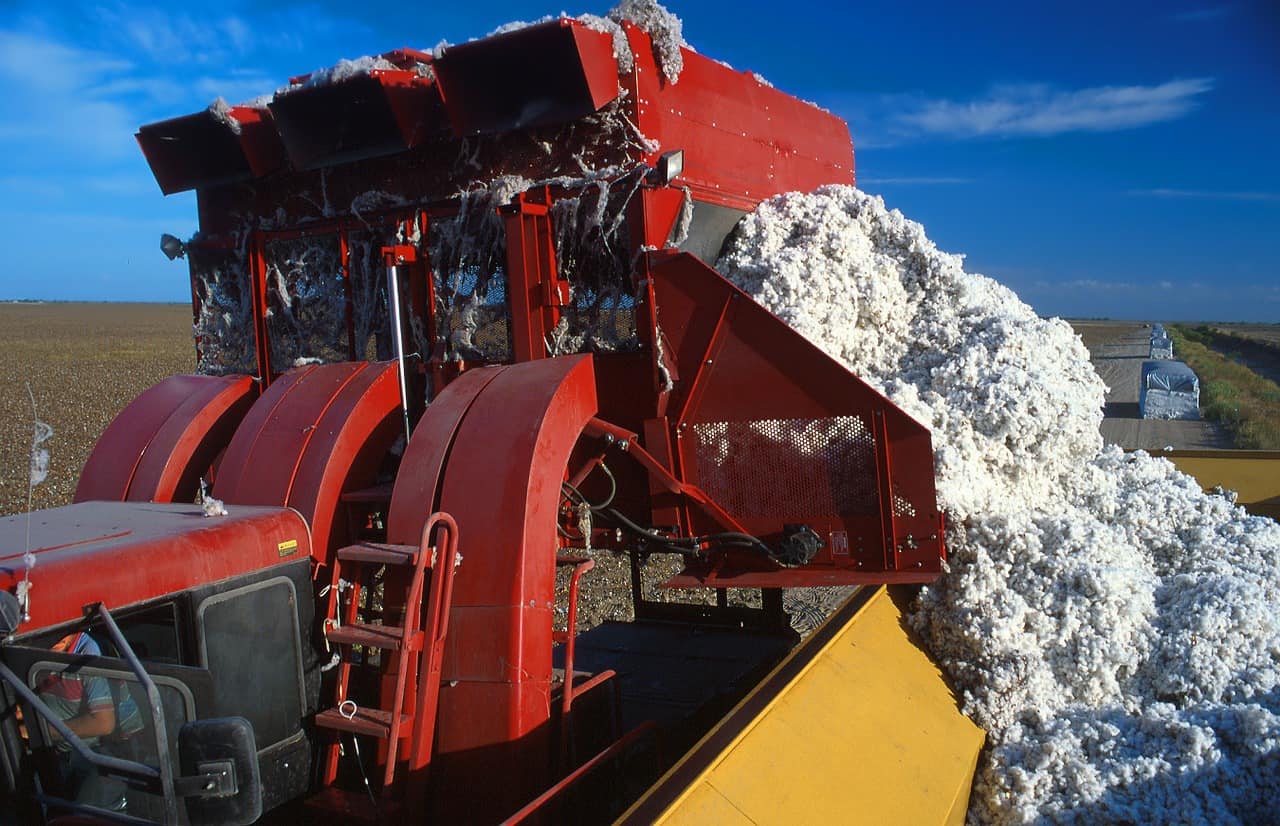 The Cotton Belt played an important part in the economic development of the Southern region of the US, as well as for the entire country. It was a rich source of raw materials for agro-based industries – textile and clothing industries, it was a good source of tax revenue for the government, it provided employment opportunities and it helped create an agglomeration of industries in the South.

Due to the blooming cotton growth business, various urban centers were established in the region. In addition, by providing raw materials, it contributed to the diversification of the US economy. Many cotton plantations have become tourist attractions on their own for those interested in seeing how cotton is grown, for scientific or historic purposes.

The residues of the cotton seeds are used for making animal feeds, which supported livestock farming. Infrastructure was also developed as a solution to provide transportation and communication means for the cotton plantations. Not to mention that cotton was used for foreign exchanges with countries like China, Germany or Canada.

After centuries of cotton growing, the old Cotton Belt is facing a series of problems. The soil has lost its fertility because of the monoculture. Rainfalls have become unreliable, which affects soil moisture. Other cotton producing countries like China and India are strong competitors. Since cotton was overproduced at some point, it has led to price fluctuations on the market, which made it a less profitable crop. The land available for cotton growing was reduced because of the urbanization. In addition, various environmental factors, such as the frequency of hurricanes, floods, pests and diseases have all contributed to the decline of the old Cotton Belt.

Currently, the “traditional” region known for cotton growing in the US had undergone certain changes. For example, other industries developed in the area, like chemical industries, oil refining or tobacco. Modern farming methods based on scientific research have replaced the old traditional methods. Because the soil was cultivated for so long only with cotton, leading to its exhaustion, new crops were introduced – soy beans, cereals and vegetables. In addition, some farms were reorganized and used for animal husbandry. Other portions of land were used for forestry and mining.

It’s not possible to know for sure what the future brings to cotton growing in the Cotton Belt, but one thing is certain. This agricultural area has become emblematic for the US and has greatly contributed to the economic development of the entire country. It’s practically the agricultural region that placed the US on the map of the world’s largest cotton producers.