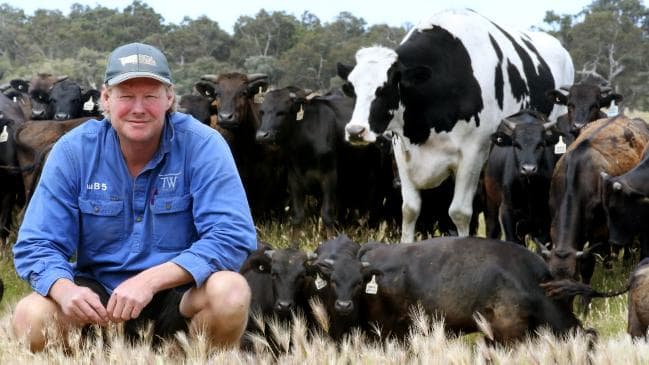 Images of a cow of over a ton and nearly 2 m tall are taking the Internet by storm. Knickers, the largest cow in Australia has captured everyone’s attention because of its impressive size. Knickers is a steer (a castrated bull) who acts as a guide to the herd of its master, Geoff Pearson, and can be seen from the distance due to its height and unusual colour, according to The Guardian.

Even though Knickers became famous now, the animal would have ended up in a slaughterhouse just a few months ago. Again, its size turned out to be an asset. Because Pearson realized Knickers was too big to fit on the meat processing chain, he decided to keep it and let it live a happy life.

Knickers, who is part of the Holstein Friesian cow breed, has an impressive weight of 1,400 kg (just like a Toyota Hilux, for comparison). One possible explanation for its unusual size is that it lived until the age of seven. Steers (responsible for guiding the cow herd towards pastures) are usually sent to the slaughterhouse around the age of 2-3 years. However, Geoff Pearson doesn’t believe that Knickers’ size is only due to its age, but rather an unusual trait that makes it so unique.

Knickers will spend the rest of its life at the Australian farm where it grew up and will continue to guide the cow herd. According to its master, the animal gets along very well with the other cows, despite its imposing size, and is one of the best steers he has ever had.

Although Knickers has become somewhat of a celebrity after its story was covered in the media and on the Internet, the steer is already the source of some controversies, since a Canadian farmer claims to own an even bigger cow. 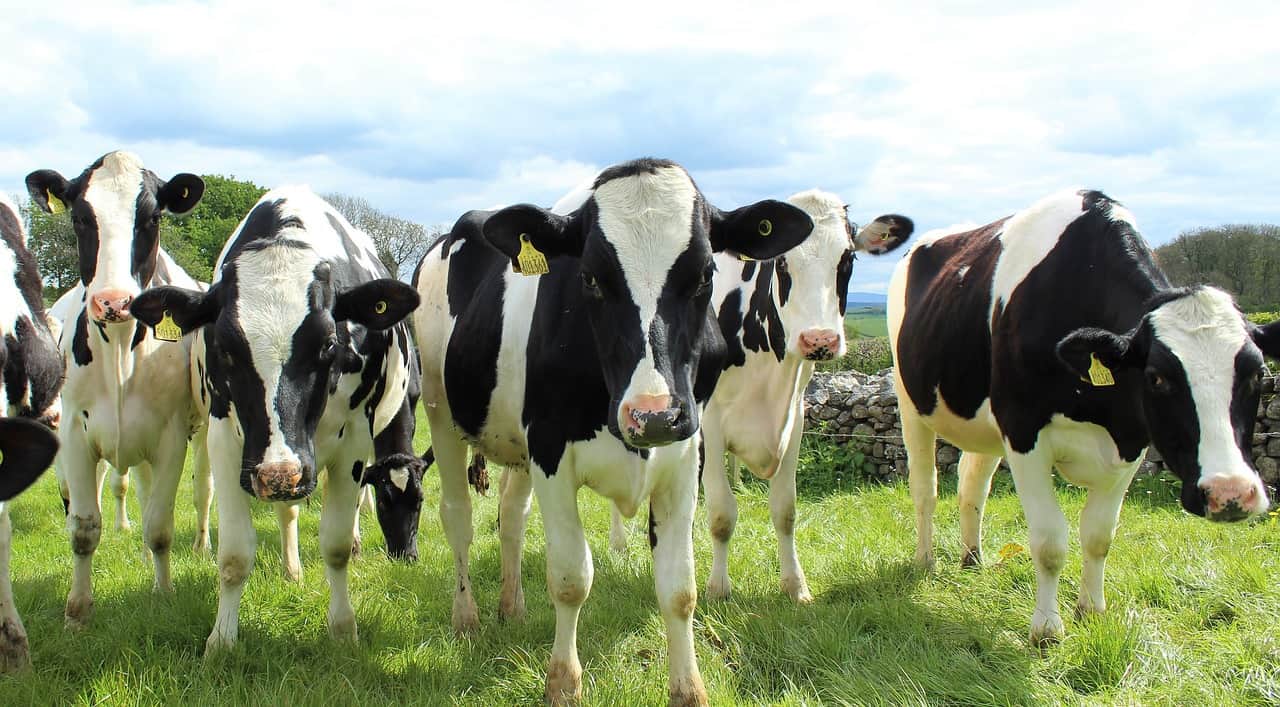 Holstein Friesian cows, one of the best cow breeds for milk and meat production

Although usually, Holstein cows are not among the biggest cows in the world, it’s interesting that other cows that once held the record as the biggest in the world were all Holstein cows, for example, Daniel, a cow from California or Blossom, a cow from Illinois. This interesting particularity of some of the cows from this breed does pose the question of whether more specimens from the Holstein breed could reach impressive proportions if they had the chance to fully develop before they’re sacrificed.

When people hear the word “cow”, the Holstein breed is the one that most likely comes to mind. It is also called the Holstein Friesian, being a breed raised for milk and meat. This breed is native to the Netherlands, but today it’s found all over the world. According to statistics, 93% of all American cows are of the Holstein breed.

Holstein cows are white and black in colour, but there are red and white specimens (this colour comes from a recessive gene). The colour variation starts from predominantly white with black spots to predominantly black with white spots. The colour of the Holstein breed is given by its ancestors who lived in the nomadic tribes of North America.

A healthy Holstein cow has 40 kg at birth. When fully mature, at the age of 4, the average Holstein cow weight is 680 kilograms and the height is 1.5 m (from leg to shoulder). Bulls of the Holstein breed can reach a weight of 1,180 kg.

Holstein bovines are breastfed for only a short period of time and are sold when they are between 2 and 5 days old. Holstein bulls, like the calves, are sacrificed for meat and only the best are kept for breeding. In general, Holstein cows give the maximum milk production around the age of 5-6 years. When they no longer produce milk, they are sent to slaughterhouses. A Holstein cow lives about 10 years but there are various cases recorded where cows from this breed lived up to 20-21 years.