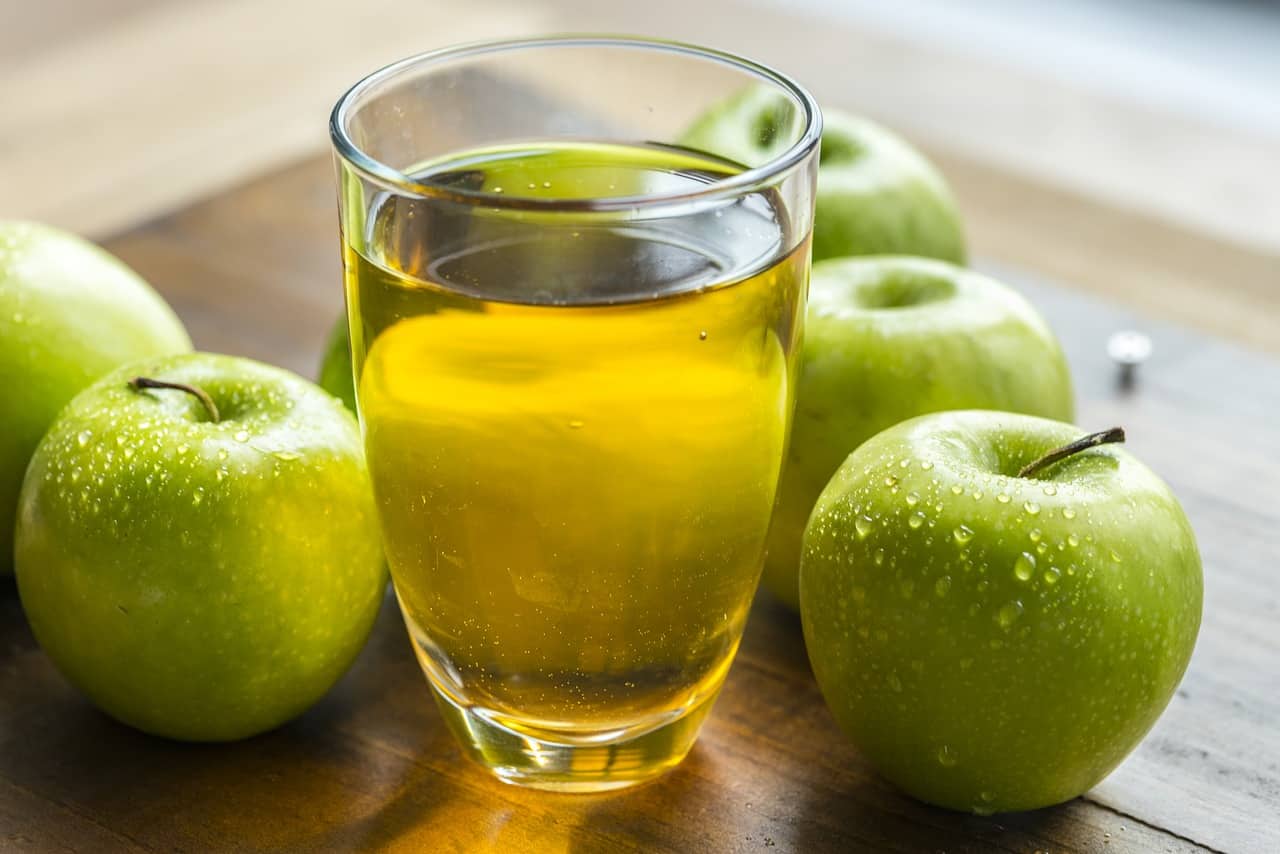 Apple cider is one of the oldest natural beverages produced by humans, and even the “father” of medicine, Hippocrates, considered it a true antibiotic.

With a low alcohol content (between 3 – 8%), cider is obtained by fermenting fruits, especially apples. With a refreshing taste reminiscent of sparkling wine, cider has many benefits for the health, it’s recommended especially for digestive problems.

A short history of cider

Cider is recognized as one of the oldest beverages in the world, along with wine. Historians believe that cider has been produced since 1500 BC, in Mesopotamia, being later consumed and appreciated by ancient Romans and Greeks.

In northern France, in the regions of Brittany and Normandy, the vineyards did not have optimal development conditions, so instead of wine, the inhabitants of these areas started to produce cider.

The biggest cider lovers were and remained the English. In medieval England, cider became a kind of currency, and farmworkers were often paid in cider. For a day’s work, the payment was about 2 liters of cider, and the reputation of a farmer’s cider helped them attract better workers. Subsequently, the technique of fermentation of apples was perfected in the south of England.

In the fourteenth century, children were baptized in cider, because it was considered more hygienic than water. The low alcohol content, as well as the fact that it creates an inhospitable environment for bacteria, turned cider into a popular drink that could be consumed by everyone, including children.

The French cider is the most popular, it has a volume of alcohol of about 5%, it is dry, the sweetness comes only from apples, and the acid from the natural fermentation. Generally, a single apple variety is used which bears the specific name of apple for cider.

The Australian cider has an aromatic taste and floral notes, it’s made from Granny Smith or Golden apples and artificial carbonate.

Depending on the fruit from which it is obtained, the most widespread types of cider are:

In the last years, different types of cider with various flavors are made, such as elderberry, tropical fruits, currants, sea buckthorn, apricots, cherries, raspberries, peaches or figs. These are all a sign that the popularity of cider is constantly increasing.

Evolution of the global cider market

Cider is one of the fastest-growing drink categories, mostly because it attracts different market segments. For example, in the UK, cider is popular among millennials who often prefer it as an alternative to beer or as a low alcohol drink. On the other side, in the US, cider is often consumed by people between the ages of 30 and 45.

In terms of market preferences, some look just for the refreshing taste of cider and interesting flavors, while other consumers are more interested in craft ciders. This means that there is a profitable niche both for large scale cider producers, as well as for small craft cider producers who use local ingredients.

Fruit flavored cider is the most lucrative market segment because it offers the opportunity to produce several varieties of cider and it appeals to a bigger consumer group. In terms of distribution channels, the on-trade distribution channel shows a bigger growth (bars, restaurants, pubs, etc) due to the consumers’ preference to drink cider on social occasions.

Cider has become increasingly popular in new markets as well, such as Eastern Europe or Asia, although the growth rate is lower than the one in Western Europe and Northern America.

Cider production and its implications in agriculture

France is the country with the largest cider production, which, for the most part (85 – 90%) is subjected to distillation to obtain the aged apple juice known as Calvados. Apples from different assortments, preferably more sour but healthy, ripe and without any damages are washed and left to dry. They are crushed by different processes and machines (crushers, scrapers, chippers, etc.) made of stainless steel or enamel. Cider is prepared in the same way as to obtain apple juice, for example the resulting mass is transferred to a manual press, in resistant canvas bags, or in a strainer, extracting as much juice as possible (heating up to 55 – 65 Celsius degrees increases the yield and inhibits some of the enzymes that cause the blackening of the obtained juice).

Although thousands of apple varieties can be used to make cider, it’s important to know which varieties are not suitable for this purpose. For example, dessert apple trees don’t make a good cider, so apple plantations or other fruit plantations for that matter consist of carefully selected varieties that can be used to make cider. For many farmers, selecting the right varieties was a trial and error process, so it’s important to make an informed decision before even considering starting such a plantation.

The apples used for making cider are usually smaller because they have high sugar content. Apple sugar content is very important in the process of producing cider because the main goal is to add less sugar during the production process. It’s cost-efficient and it’s important for producers who want to put out a final product that is as natural as possible. Besides, the yields for cider apples are lower than the ones for other varieties. However, one important advantage that farmers have who decide to go this route is that the external appearance of the apples is not important. It’s all about the quality of the fruit, not about eventual bruises or scrapes that may occur.

Regarding the process of establishing a cider orchard, farmers should expect to have certain costs that need to be taken into consideration. Investments in equipment can be recovered only in time, so many smaller farmers choose to simply rent or borrow when possible equipment from other farms or specialized dealers. It takes about two years to grow cider apple trees and another four years for the trees to come into production. For most cider varieties, apples are the main ingredient and only during the fermentation process producers add other fruity flavors.

Until the 1950s, most European and North American apple cider orchards had very little or no management input. The trees were planted scarcely, and the orchards consisted of vigorous species. This became a problem in modern orchards, where trees are planted at a higher density to obtain a bigger yield and various apples varieties are grown to obtain different types of cider.

Traditional orchards were replaced with modern ones through subsidized programs in France, an important apple cider producer on the global market. Similar transitions occurred throughout Europe during the last century, to improve production and to obtain higher yields.

The European Union has recognized the importance of cider for income generation especially in the case of rural communities, so there are various subsidizing programs to stimulate regional cultures and cider-making economies. Restaurants, bars, farms, and bed-and-breakfast establishments gave developed around apple cider orchards in various European regions. These orchards are no longer important just to ensure the supply of raw material for cider making, but also to develop rural tourism and local eco-systems that can attract many tourists interested in eco-tourism.

Apple cider orchards are widely spread in countries where apple orchards were traditionally established such as France, Spain and the UK (which is the biggest market for cider), but also in Northern American regions. Cider is popular in other countries as well such as Austria (known for small-scale cider production), Belgium (craft cider), Finland (especially fruit-flavored cider), Germany, Ireland, Italy, Chile, Australia, and New Zealand. Other countries, like Poland, which is the biggest apple producer in Europe have a low cider consumption in comparison with their apple production.

Small farmers who want to get into the business of producing craft cider (which is an emerging market niche on its own) should know that the best way to obtain the main ingredients for cider is to have their orchard. This way, the quality of the ingredients is strictly controlled without having to acquire certain apple varieties from other producers.

The best way to create a perfect mix for apple cider is to have different varieties of apples in your orchard. Some farmers go as far as having up to eight or ten apple varieties. Given that the exterior of the apples is not important to produce cider, it’s easier to grow organic apples, very much appreciated for craft ciders.

Cider apple orchards have a planting density of about 100-150 trees per acre and with 8-10 yards between rows. Apple trees are planted in equal rows to ensure equal amounts of light and easier access for orchard processes, such as pruning, weed control, and fruit collection.

To have the necessary apples is not enough, you will also need to process them, so a cider press is required. In apple orchards, large hydraulic presses are used to squeeze out all the juice from the apples. A cider press can be a costly investment, so look into renting one at first from other orchards.

You also need to take into consideration labor costs (even if some are seasonal, especially during the harvesting season) and the necessary costs for pests and weed control and to protect the orchard from animals. Having an orchard near an animal farm, for example, can be a challenge since many farm animals are attracted to fruits (horses, pigs, etc.)

Cider is a drink that entered relatively late on some markets compared to other countries, but it has had a spectacular evolution: in just a few years it has transitioned from a niche product to a mass product. The cider market is still growing, and consumers are beginning to understand the differences between different types of cider, including between large-scale produced cider and craft cider.