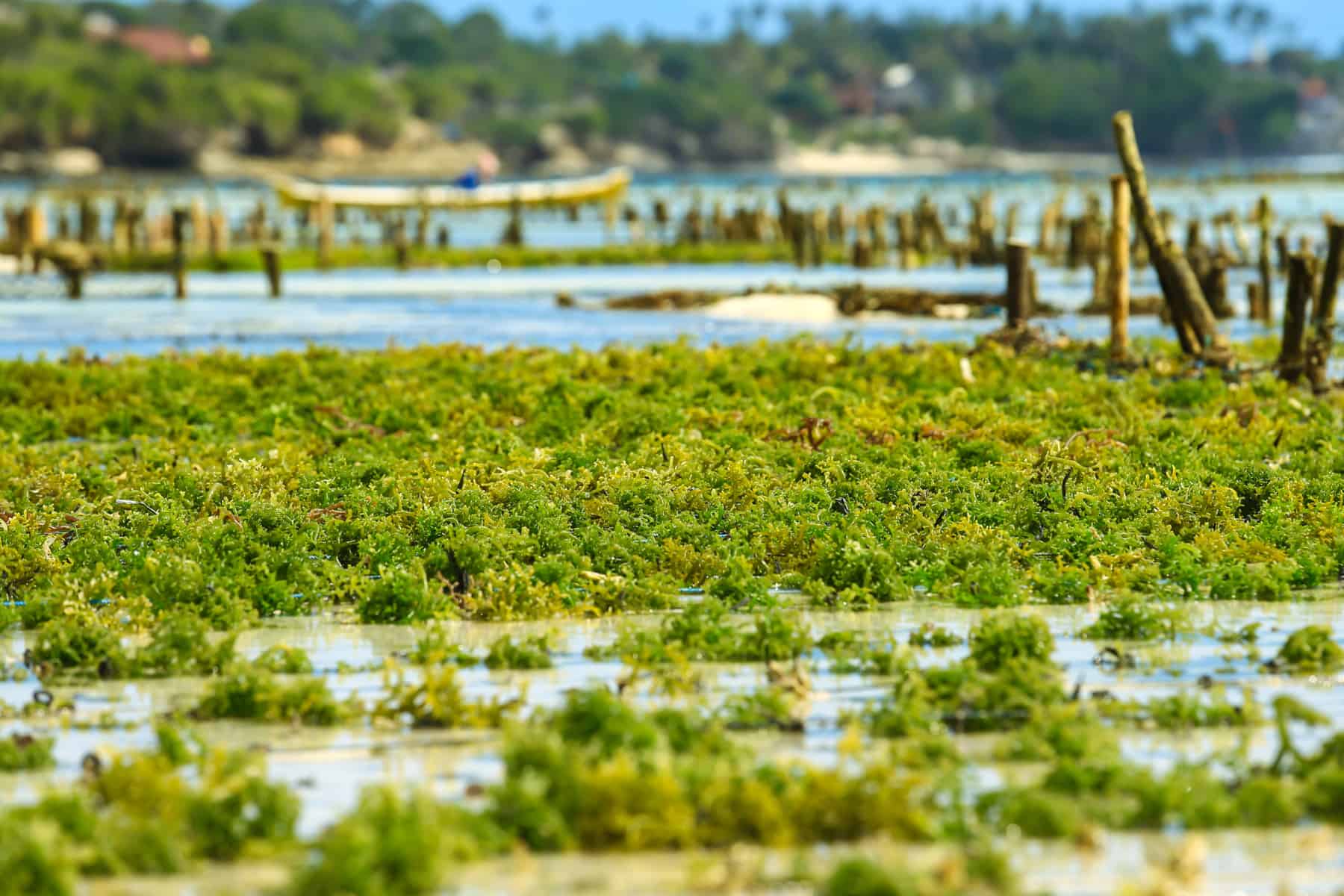 Microalgae are suitable sources for producing biofuels and absorbing CO2 emissions from thermal power plants. Algae, which smell so bad and are dangerous when they invade beaches, have become a new problem for the inhabitants of many coastal regions. But they can also be a source of “green oil”. Not the big algae that fill the sea’s shores, but invisible micro-algae which can’t be seen with the naked eye, those are what scientists are trying to turn into third-generation biofuels.

These are microscopic aquatic organisms that feed through photosynthesis. Like terrestrial plants, microalgae use sunlight for photosynthesis, thus converting solar energy into chemical energy accumulation. They are efficient solar energy converters due to their simple cellular structure.

In the late 1980s, the United States began a vast research program to identify the best algae groups that could produce green oil in large quantities. Along with the boom of biofuels, algae research was not only resumed, but several bio fuel companies listed on the stock market have seen a substantial increase during that period: shares of some companies such as PetroAlgae (now Parabel), rose by 16,000% before declining dramatically after the first difficulties appeared.

There are many advantages of algae used as biofuels. First, the potential yields are attractive: nearly 30 tons of oil per hectare annually, that is, 10-15 times more than oil production in a rapeseed plantation. Various studies even mention 60-90 tons yields if the algae are “fed” with CO2. An analysis made by the University of New Hampshire, published in 2004, shows that an area of ​​120 million square meters – that is South Carolina’s area – would be enough to cover US fuel consumption.

Unlike other energy crops, microalgae are suitable to obtain high quality fuels and biogas. Another advantage to this is the ratio to the soil: as technical methods, algae cultivation doesn’t present any requirements to it and doesn’t affect its fertility. The advantages of microalgae to technical methods consist in the possibility of storing energy through long-term storage of the fuel and its use in the necessary amount at the necessary time. In addition, if algae farms are placed near factories or power plants, there may even be a possibility to reduce industrial emissions.

Types of algae and their use

The term “algae” is used in particular to broadly describe the different types of aquatic organisms (more than 35,000 species are already classified), which have the following attributions:

The ways in which algae are used are still developing, but most of them are already established:

With the exception of pollution control, these uses of algae are highly valued. There are a number of obstacles that will arise in the use of algae for fuel production or as green chemicals, and these include the high costs of algae production and processing, technological advances in algae processing, and the establishment of co-production that fully improves algae processing. 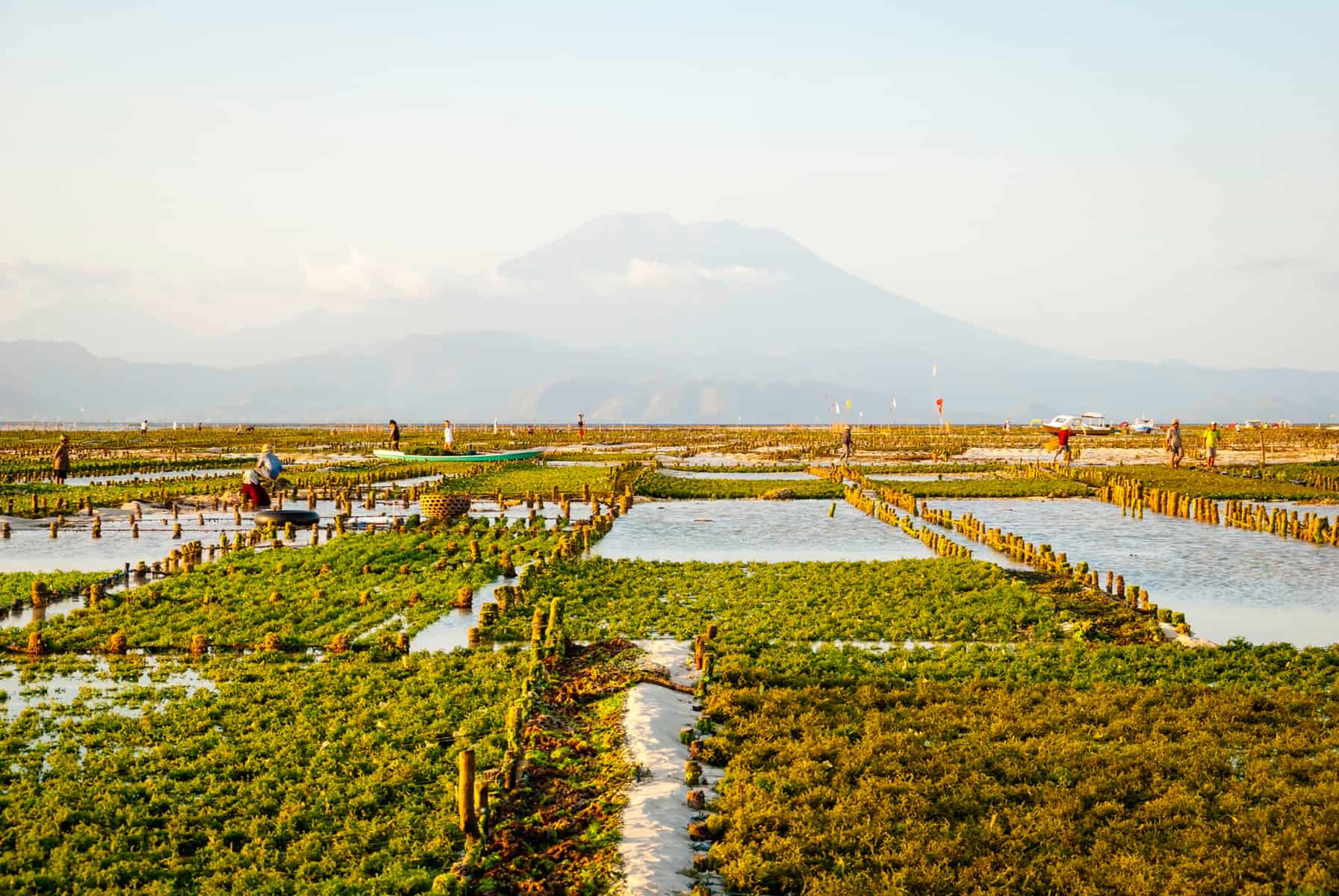 How to start an algae farm

The easiest way to start a business with algae is by growing them at home. In this case, we are not talking about algae farms per se, but rather about amateur farmers how grow algae at a small scale, usually in their backyards to obtain a production for their own use. The most common type of algae grown at small scale is Spirulina, known for its various health benefits.

Algae farms are providing algae for various purposes and industries. For example, most aquaculture farms also produce their own algae which are used to feed the fish. However, fish or shrimp larvae don’t require microalgae feed only for a short period during their lifespan. Fish growers that are focused on ornamental fish integrate high value microalgae such as Spirulina and Haematococcus in the feed because it enhances the coloring and the health of fish. Microalgae are also used in salmon farming.

Shellfish does require microalgae into their feed throughout their entire lifecycle; therefore some shellfish farmers also grow their own algae. Algae are also used as a natural food supplement for animal farming. In the overall scheme of sustainable farming, environmentalists have sustained the use of algae for animal feed instead of corn and soy, which in turn would be used for human consumption.

Since aquaculture farming provides little possibilities for algae farmers to find a market for their product, most of the production could be sold to the commercial industry and for research purposes. Most farms use the photobioreactor technology and a pond system, while other farmers prefer to grow their algae right into the open ocean. There are other systems and technologies used for algae farming as well, such as heterotrophic growth systems.

It’s also important to decide which type of algae to grow. For example, the price for Spirulina dropped significantly after the production exceeded the market demand. According to a FAO report, in 2004, the Spirulina production rose in China to more than 41,000 tons from a little over 19,000 in 2003. However, China was also the main supplier for algae because the world production recorded a total of 65,000 tons.

One good approach is to have an algae farm specialized in a certain type of algae for niche markets, for example algal fine chemicals, seaweed sold as raw ingredient food or for the cosmetics industry or specific types of algae that are part of regional diets (Undaria, Laminaria and Porphyra are consumed especially in the north-eastern Asia region).

Seaweed farming requires a lot more work and poses certain risks, because seaweed is best grown right into the ocean, on coastal land and weather condition play an important part in ensuring a high yield or losing the entire farm altogether.

The most important impact in terms of economy and environment comes from algae farms where the algae are grown for biofuel. Replacing fossil fuels with biofuels certainly presents considerable advantages, as they are produce from organic renewable material and the emissions of conventional and greenhouse gas are greatly reduced.

Algae are fast-growing organisms, as they can double their number in just a few hours. Daily harvests are possible and they have the potential to produce biomass and biofuel much faster than some of the most productive crops. They store energy in the form of carbohydrates and oils, so that it’s possible to obtain between 16,000 and 40,000 liters of biofuels per hectare annually.

Considering that algae consume carbon dioxide and release in return oxygen, algae farms can be positioned near polluting areas such as power plants or ethanol facilities. On the other hand, the fact that they require high amounts of carbon dioxide could be a problem when deciding on where to grow them.

Land that in most cases unsuitable for agriculture can be used for algae farms, as well as other types of resources. For example, algae can grow even when wastewater, seawater or brackish water is used, thus not entering into competition with other crops.

The biomass obtained from algae can be used for various purposes, from producing biofuels and animal feeds, to dietary supplements, cosmetic products and even as an important source of food for human population.

Finally, given the fact that algae can grow in a wide variety of climates, on various types of land and using several types of production methods, algae farms can produce a considerable number of jobs. Not only the farm workers and owners can obtain certain advantages, but also people working in other fields, such as research and development, constructions and even marketing and financial services. According to the Algal Biomass Organization, algae farms have the potential to create more than 200,000 jobs in the US by the end of 2020.